Manchester United have agreed terms with a world class player that Liverpool have been strongly linked too. Find out more details on this deal here…

With the January transfer now open for business, managers are working hard to strengthen their squads ahead of the second half of the season, so we’ll bring you all the latest news and gossip. Today, Manchester United have agreed a deal to sign Liverpool target Victor Valdes…. 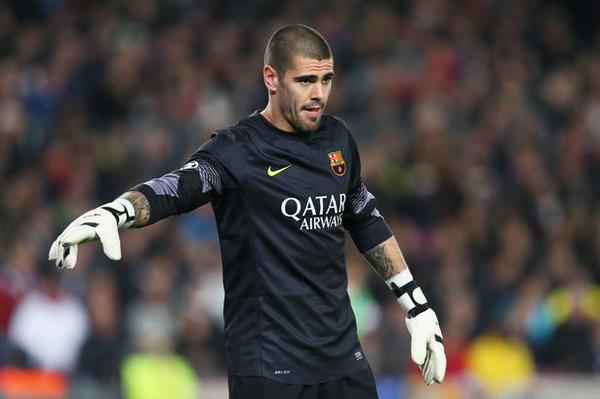 Manchester United have agreed terms with Victor Valdes and the former Barcelona goalkeeper is set to pen an 18-month contract with the former champions, according to the BBC.

Having left Barcelona when his contract expired at the end of last season, Valdes has been training with United’s first team squad since late October in a bid to regain full fitness after missing the last nine months with a serious knee injury.

With the Spanish international now ready to return to action, he’s on the look-out for a new club and Liverpool have been touted as a possible destination with Brendan Rodgers on the market for a new No.1 to replace the hapless Simon Mignolet.

However, the Merseysiders will have to look elsewhere for a new goalkeeper as the BBC are one of several media outlets who are reporting that Valdes has agreed terms with United and will join the club on an initial 18-month contract.

The 32-year-old spent over a decade as Barcelona’s number one and became one of the most decorated goalkeeper in history having won six La Liga and three Champions League titles during his time with the Catalan giants, so it’s certainly a major coup from United to secure his signature.

United are yet to formally announce the deal but Valdes’ arrival could lead to Anders Linegaard leaving Old Trafford this month while it will also call into question the long-term future of David De Gea.

The 24-year-old has been United’s best performer this season and there’s virtually no chance he’ll leave during the January transfer window, but with Valdes on board, United fans must be concerned De Gea could be heading for the exit door in the summer.

The Spaniard’s contract expires in 2016 and so far he’s yet to agree terms over an extension. If that’s still the case come June, then I expect speculation over a possible return to his homeland is only going to intensify.