Liverpool have missed out on the signature of top target Xherdan Shaqiri after the winger snubbed a move to Anfield in favour of joining Inter Milan.

With the January transfer now open for business, managers are working hard to strengthen their squads ahead of the second half of the season, so we’ll bring you all the latest news and gossip. Today, Liverpool miss on out Xherdan Shaqiri as he joins Inter Milan…. 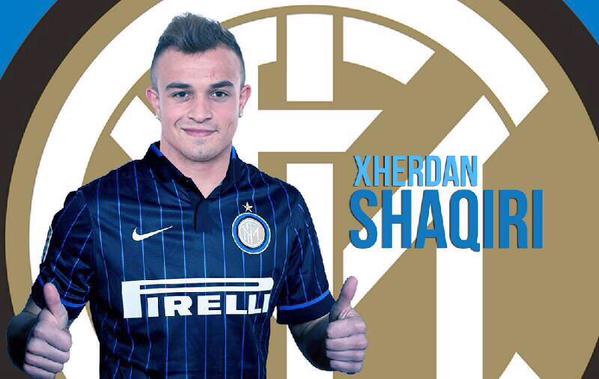 Liverpool have missed out on the signature of top target Xherdan Shaqiri after the winger snubbed a move to Anfield in favour of joining Inter Milan, it has been confirmed this afternoon.

Shaqiri has been at Bayern Munich since joining the club from FC Basel in 2012 but his time in Germany hasn’t gone according to plan as he’s failed to establish himself as a first team regular and he’s been on the look-out for a new club this month.

Liverpool have been strongly linked with the Swiss international as Brendan Rodgers looks to add more threat to his attack – which has managed to score just 28 goals in 20 Premier League games so far this campaign – and reports earlier this week suggested the Reds were confident of wrapping up a deal for the 23-year-old.

However, Italian journalist Gianluca Di Marzio claims that despite Liverpool offering to buy Shaqiri outright this month for €20m (£15.5m), the diminutive winger has rejected a move to Anfield in favour of joining Inter Milan.

The Serie A club have confirmed on their Twitter account that they’ve agreed terms over the deal, and all that remains is for the player to put pen-to-paper, with Shaqiri already snapped wearing his new kit.

It’s thought that Shaqiri will join Inter on an initial loan with a view to making the deal permanent in the summer, with the Swiss attacker becoming Inter’s second signing of the window after Lukas Podolski joined on loan from Arsenal.

The news will come as a major blow to Liverpool as Shaqiri would have been an excellent addition to the squad. His time at Bayern may not have worked out, but he proved his quality at the World Cup and was superb for FC Basel before moving to Germany.

However, Rodgers will now have to move on to other targets as Shaqiri gears up to make his Inter debut against Genoa this weekend.