Manchester United’s first January signing has been confirmed with the player snapped posing with his new shirt after signing his contract. More details here….

With the January transfer now open for business, managers are working hard to strengthen their squads ahead of the second half of the season, so we’ll bring you all the latest news and gossip. Today, Man Utd complete the signing of Victor Valdes… 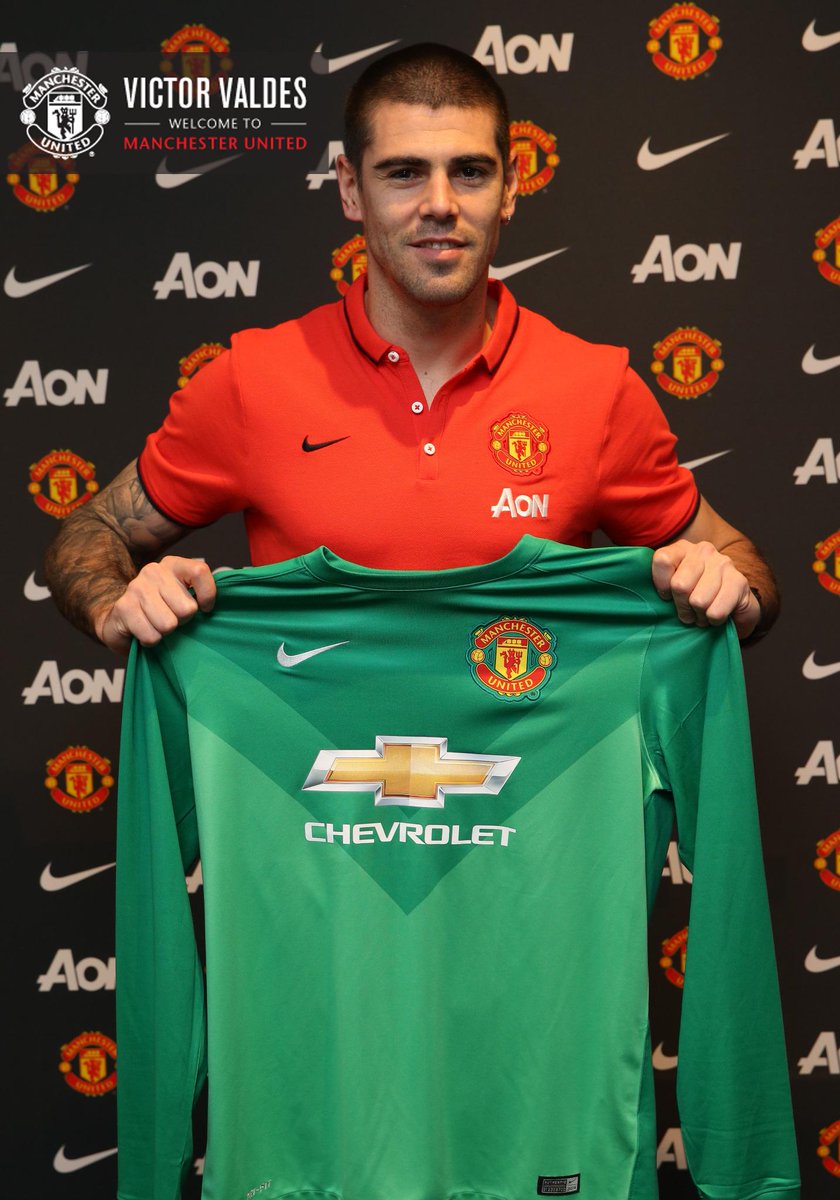 Manchester United have confirmed on their official website that Victor Valdes has signed an 18-month contract that includes the option to extend for a further year.

The 32-year-old has been training with United since October in a bid to regain full fitness from a serious knee injury that he picked up while with Barcelona last season.

After over 12 years as regular fixture in the Catalans side, the Spanish international left the Nou Camp for a new challenge when his contract expired in June and has been on the look-out for a new club ever since.

However, it appears Louis van Gaal has persuaded him to stay on with United on a permanent basis and the club have now confirmed his signature on an initial 18-month deal.

After completing the move, Valdes told ManUtd.com that he was honoured to be joining United and said it was a dream come true to be working alongside van Gaal again:

“It is a real honour to sign for Manchester United. I would like to thank Louis van Gaal and the club for allowing me to do my rehabilitation and to train with the team at the Aon Training Complex. From my short time here I can already see this is a very special club. I worked with Louis van Gaal during my time at FC Barcelona and to have the opportunity to work with him here at Manchester United is a dream come true.”

Boss Louis van Gaal said he was delighted to sign such a top quality player and confirmed that Valdes joins as a back-up to No.1 David De Gea:

“I am delighted Victor has signed for the club. Victor is a very experienced goalkeeper and his record speaks for itself. I have said on many occasions that Manchester United will always be interested in the best players. Victor has remained very professional throughout his rehabilitation from injury and has been very impressive during his training sessions with the first team over the past weeks. He joins the club as the number two goalkeeper and is a great addition to the first team.”

While Valdes will play second fiddle to De Gea during the second half of the season, his signing does call into question the long-term future of United’s No.1.

De Gea has just 18 months left on his contract and has been linked with a move back to Spain, so United will be hoping that Valdes’ arrival won’t signal the departure of the former Atletico Madrid stopper in the summer.