With the January transfer now open for business, managers are working hard to strengthen their squads ahead of the second half of the season, so we’ll bring you all the latest news and gossip. Today, Chelsea are linked with a move for Man City target Wilfried Bony…. 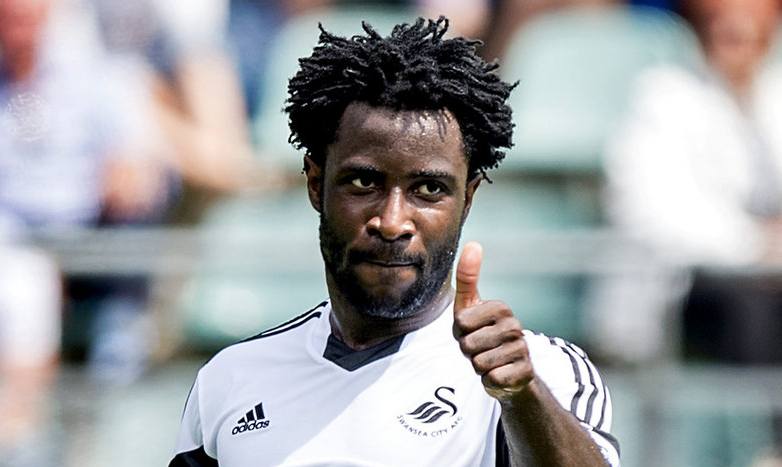 City have been in negotiations with Swansea all week over a potential deal to take Bony to the Etihad this month as Manuel Pellegrini tries to bring in back-up for the likes of Sergio Aguero and Edin Dzeko – who have both struggled with injuries this season.

However, the two clubs are struggling to agree a fee as it’s understood the Swans are demanding £30m for the 26-year-old’s signature, while City are hoping to persuade the Welsh side to lower their demands to nearer £25m.

Swansea manager Garry Monk has had his say on the matter, and says he backs chairman Huw Jenkins for holding out for the right money as he feels Bony could be a decisive factor in this seasons title race.

“Wilfried could well be the difference in the title race, that’s what City see in him,” he said.

“I can see why their interest is there, he gets you goals. He can improve on certain things but the bottom line is he is a goalscorer and it’s obviously what they want him for and that can be key.

“But in terms of money, Wilfried has to be up there. You look at guys like Romelu Lukaku and the money they went for. Compare their contributions with Bony’s, it’s pretty much a no brainer.

“If they haven’t quite met the valuation, and that’s what the situation must be otherwise I am sure the deal would have been done, Huw will wait for it and quite rightly so.” Monk is quoted as saying by the Express

Now, City’s attempts to lower the price could be about to take a further hit as the Express are reporting that Chelsea are ready to make a late move to hijack the deal.

The newspaper claims that Jose Mourinho has had Bony scouted on several occasions this season and the Blues are now ready to pounce if City continue to struggle to agree a fee.

It would certainly be a sensational late development if Chelsea were to gazump City as all the signs have been pointing to Bony heading to Manchester before the window closes at the end of the month.

If Chelsea do end up signing the Ivory Coast international, it’s likely they will see him as a long-term replacement for Didier Drogba – whose set to leave the club when his one-year deal expires in June – and he’ll compete with Diego Costa for a starting spot up front.

It’s going to be an interesting few days to see how this develops but Bony would be an excellent addition for either club as he was the Premier League’s top goalscorer in 2014 and has a superb record in from of goal wherever he’s played, with 119 goals in 231 career games.