Louis van Gaal has offered a positive injury update ahead of Manchester United’s game with Southampton after confirming that four key players are fit again. 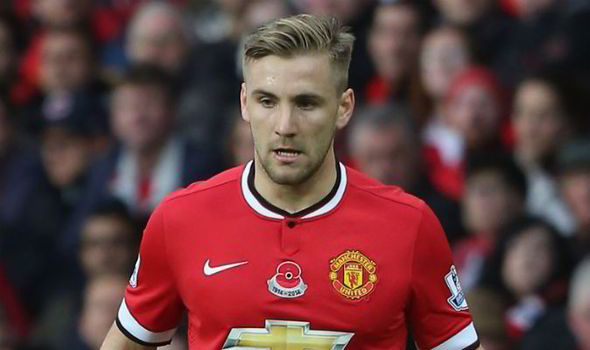 Manchester United will get back to Premier League action when they welcome Southampton to Old Trafford on Sunday afternoon.

The Dutchman was pleased to reveal that Luke Shaw is available despite being forced off during United’s 2-1 win over Yeovil in the FA Cup last weekend after twisting his ankle and there were fears he may have aggravated an old injury.

However, the 19-year-old has been able to train with the rest of the first team this week and is now in contention to face his former club this weekend.

Fellow full-back Rafael Da Silva was also substituted at half-time last week after taking a nasty blow to the face and the Brazilian had surgery on Tuesday after scans revealed he’d suffered a fractured cheekbone.

The 24-year-old has been back in training since his operation – albeit wearing a protective face mask – but van Gaal has said he may not take a risk with the player, meaning Rafael could miss out against Southampton.

The United boss also confirmed that Daley Blind could be in contention after getting a full weeks training under his belt as he continues to work his way back to full fitness following several weeks out with a knee injury.

In a further boost, Marouane Fellaini has been training this week so could also be available this weekend, while defender Marcos Rojo is due to return to full training tomorrow – but Sunday’s clash with Southampton will come too soon for the Argentine.

It means that as it stands, United’s only injured player is Ashley Young, with the versatile midfielder facing at least a month out with a hamstring strain.

Here is what van Gaal told the clubs website:

“They [Shaw and Rafael] can play. They are both not injured. Rafael Da Silva was of course operated on [his cheekbone], and maybe we don’t take any risk with him, but Shaw can also play.

“Blind has already trained for more than one week with the group and Fellaini also trained with us already this week.”

“I have to tell you that we have only one injured player, Ashley Young, it’s unbelievable!”

“Another point is, of course, match rhythm, but everybody is healthy and can play except Ashley Young.”

After having to deal with a whole host of injury problems during the first half of the season, it will come as a welcome boost for van Gaal to have virtually a fully-fit squad to choose from and it’s going to be interesting to see what the Dutchman feels is his best eleven.