Liverpool take on Sunderland at the Stadium of Light on Saturday. Here’s a preview with team news, line-ups, predicted score and betting tips for the game.

Liverpool will be looking to get back to winning ways in the league when they take on Sunderland at the Stadium of Light on Saturday.

The Reds edged into the fourth round of the FA Cup with a 2-1 win over AFC Wimbledon on Monday night and now have a home tie against Bolton Wanderers to look forward to.

But Brendan Rodgers will be keen to address their form in the league with the Merseysiders languishing down in eighth place in the Premier League after letting slip a two-goal lead to draw 2-2 with bottom placed Leicester City at Anfield on New Years Day.

Sunderland head into the game after also booking their place in the fourth round of the Cup with a 1-0 win over Leeds, but Gus Poyet will be hoping to get back to winning ways in the league after narrowly losing 3-2 to Manchester City last time out.

Poyet is buoyed by the fact he’s got virtually a fully-fit squad to choose from with midfielder Lee Cattermole the only injury doubt as he continues to nurse a groin injury.

Liverpool on the other hand have a few injury concerns to deal with as Raheem Sterling looks set to miss out once again with a minor knee injury.

With Mario Balotelli out-of-favour and Daniel Sturridge still recovering from a thigh injury, rumour has it that Fabio Borini is set to start up front against his former club.

Adam Lallana is certain to miss out with a thigh injury that he picked up against Leicester while Joe Allen remains unavailable with a long term knee problem.

Brad Jones is also out with a thigh injury so Simon Mignolet will start in goal, while Kolo Toure is away with the Ivory Coast squad at the African Cup of Nations. 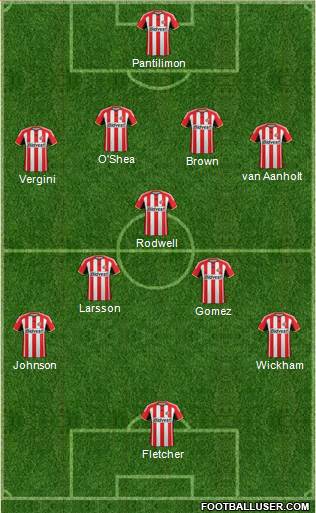 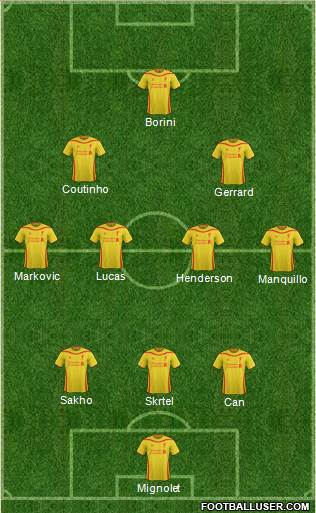 Sunderland 1-2 Liverpool: The Reds have been plagued by inconsistent form this season, but so too have Sunderland and I can see Liverpool’s superior quality coming through and leading them to a narrow away win.

Liverpool are the favourites to win tomorrow but Football-Talk can get you enhanced odds of 5-1 on the Reds to win with Betfair, plus you can win a £100 free bet bundle. A 2-1 win is also on offer at 9/1 while I fancy Philippe Coutinho to open the scoring at 8/1. If we combine that with a 2-1 away victory in a scorecast, then we get very tempting odds of 59/1. Surely that’s got to be worth a couple of quid!?