Arsenal eased to a 3-0 victory over Stoke at the Emirates this afternoon with Alexis Sanchez helping himself to another two goals. Here are my ratings: 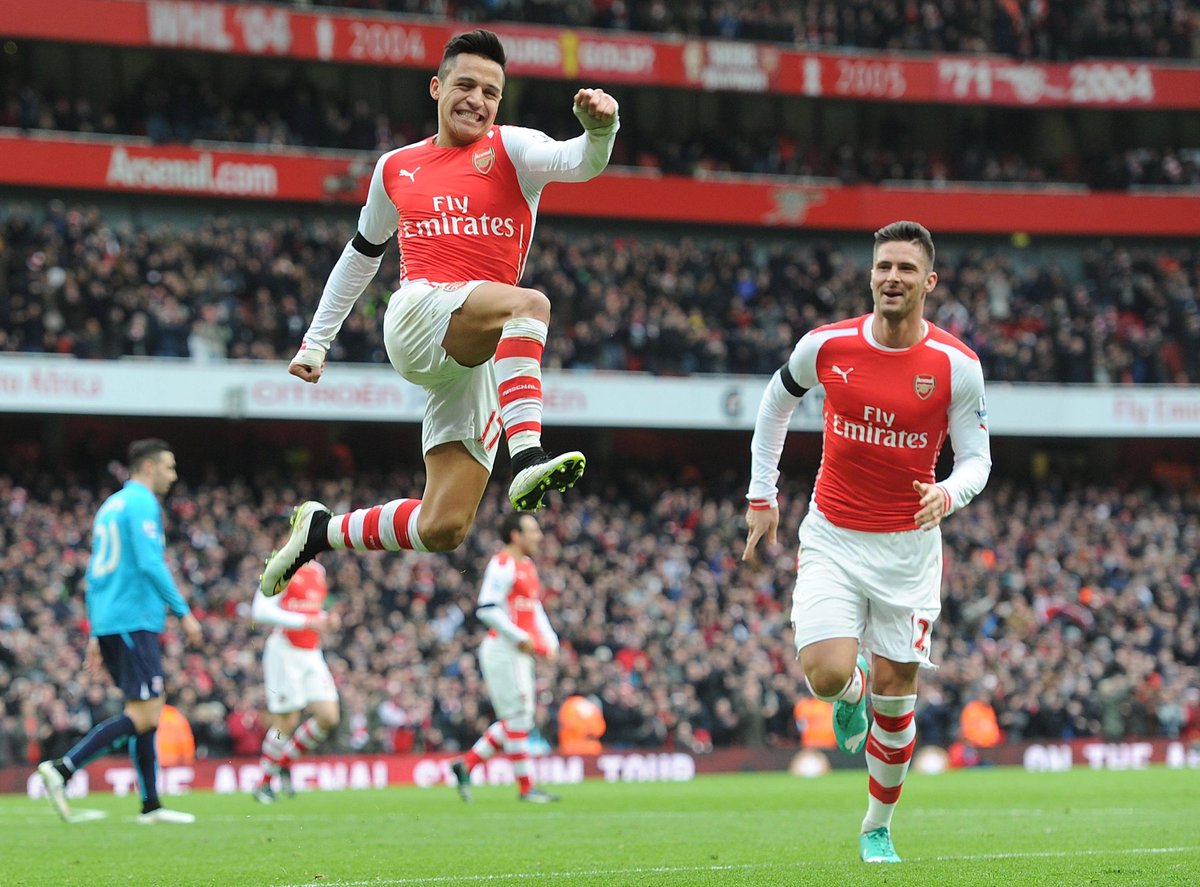 Arsenal eased to a 3-0 victory over Stoke City at the Emirates this afternoon with Alexis Sanchez helping himself to another two goals.

Ospina  6/10 | Largely untested. Made a couple of routine saves and claimed a few simple crosses.

Debuchy  N/A | Forced off after 13 minutes after suffering a dislocated shoulder.

Mertesacker  7/10 | Dealt with Crouch well in the air and was assured in defence.

Koscielny  7.5/10 | Excellent header to open the scoring and was always on hand to snuff out any Stoke attacks.

Monreal  7/10 | Another solid shift from the Spaniard at left-back.

Coquelin  7/10 | Very disciplined display. Sat in front of the defence, broke up play and passed sensibly.

Oxlade-Chamberlain  8/10 | A real threat. His driving runs gave Stoke all sorts of problems. Unlucky not to score in the first half.

Rosicky  7.5/10 | Almost scored with a fine strike and was heavily involved in some wonderful build-up play.

Cazorla   8/10 | Another impressive shift. A lot of our positive attacking work went through the Spaniard.

Alexis  9/10 | MOTM once again. Set up the opener with a fine cross before sealing the victory with two more goals. Getting better and better.

Giroud  6/10 | Back from his ban and was a handful up front. Battled well against Shawcross but wasn’t really a threat in front of goal.

Bellerin 7/10 | Stepped in for Debuchy and didn’t look out of place.

Walcott 6/10 | Fluffed a golden opportunity to score when put through on goal. Understandably still a little rusty.