Alexis Sanchez, Hector Bellerin and David Ospina took the opportunity to have photos with Thierry Henry and Robert Pires after Arsenal’s 3-0 win over Stoke

Arsenal eased to a 3-0 victory over Stoke at the Emirates on Sunday afternoon thanks largely to a brace from Alexis Sanchez.

Laurent Koscielny opened the scoring before Sanchez sealed the three points with a superb double either side of half-time.

Thierry Henry and Robert Pires were among the crowd and the Arsenal legends made their way down to the changing room to celebrate with the players after the game.

Man of the Match Alexis Sanchez and goalkeeper David Ospina – who made his Premier League debut – took the opportunity to have a photo with Pires, while the Colombian and Hector Bellerin were lucky enough to have a snap with the king himself, Thierry Henry.

Henry also visited the training ground last week as he prepares to make his debut as a pundit on Sky Sports during our huge clash with Manchester City next Sunday.

Check out the photos here: 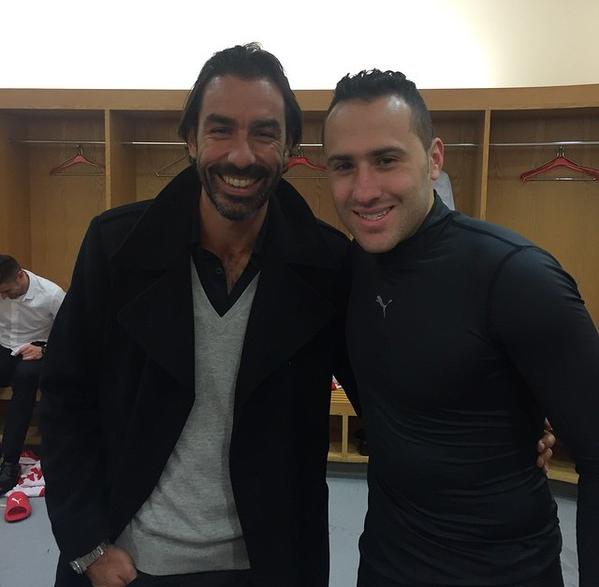