Liverpool are ready to sell Mario Balotelli this month to fund a double swoop for goalkeeper Sergio Romero and striker Gonzalo Higuain, according to reports. 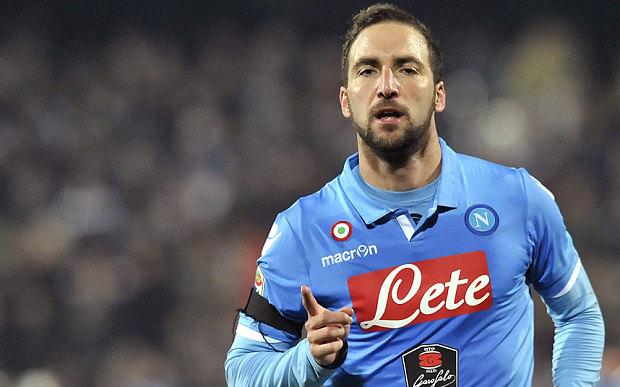 Liverpool are ready to sell Mario Balotelli this month to help fund a double swoop for goalkeeper Sergio Romero and striker Gonzalo Higuain, according to reports.

Balotelli only moved to Anfield in the summer when Liverpool agreed to pay AC Milan £16m for the striker, but his time back in England hasn’t gone according to plan with the Italian international yet to score a single Premier League goal in his 12 appearances.

The 24-year-old is now out-of-favour under Brendan Rodgers and speculation in recent weeks has linked the 24-year-old with a move this month, with Paris Saint-Germain understood to be among those interested.

The Express are now reporting that Rodgers is keen to cash-in on Balotelli and will use the beleaguered hitman as bait to land Sampdoria goalkeeper Sergio Romero.

Rodgers is on the look-out for a new number one to replace Simon Mignolet and it seems the Northern Irishman is hoping to kill two birds with one stone by flogging Balotelli to Sampdoria to not only bring in funds for a new striker but also land Romero in what would be a player-plus-cash swap deal.

The newspaper suggests that Liverpool would then use the money to help fund a move for long-term target Higuain – who has been tipped to leave Napoli following the arrival of Manolo Gabbiadini from, yep, you guessed it, Sampdoria.

So if these deals all come off, it would see a striker merry-go-round with Balotelli going to Sampdoria to replace Gabbiadini, who would replace Higuain at Napoli, with the Argentinean coming in to replace Balotelli at Anfield.

The real winner in this would surely be Liverpool as Higuain is certainly the best striker of the three and would give the Reds that goal threat that they’ve lacked up front since Luis Suarez left in the summer and while Daniel Sturridge has been on the sidelines.

It would also be an added bonus if Rodgers could also manage to land Romero, as he’d then solve his goalkeeping problems after Mignolet fell out-of-favour following some inconsistent displays.

However, there’s a long way to go before any of these deals come off and it’s a hugely ambitious plan for Liverpool to try and conclude during the January window, so I’d be surprised if we see them pull it off.