Daniel Sturridge confirmed his return to Liverpool training by uploading photos of him with Steven Gerrard and wearing his football boots at Melwood today. 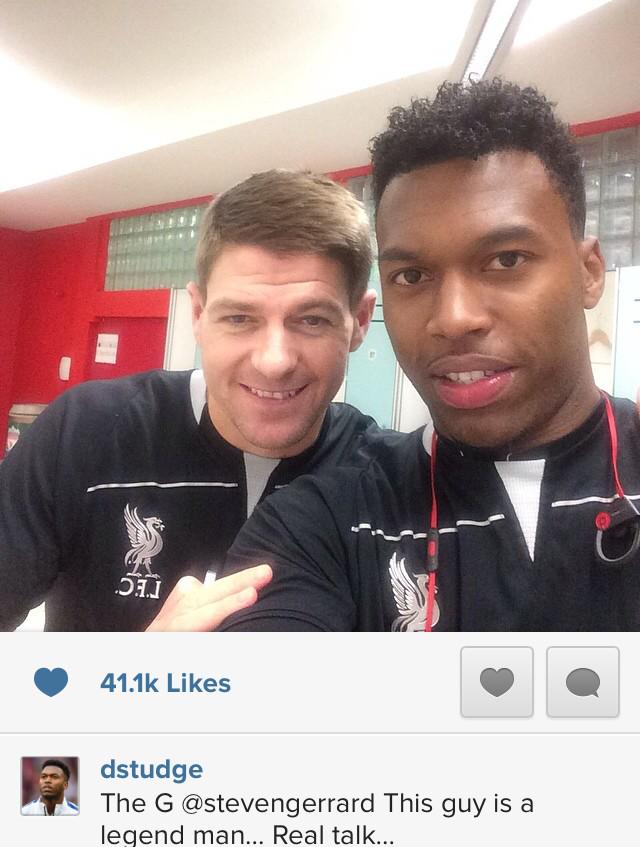 Striker Daniel Sturridge confirmed his return to Liverpool training by uploading photos of him posing with Steven Gerrard and wearing his football boots at Melwood this morning.

Sturridge hasn’t featured for Liverpool in over four months due to a series of injury problems, with the striker’s last game coming during a 3-0 win over Tottenham back in late August.

The 25-year-old has been over in the United States this past month working on his fitness as he looks to recover from a niggling thigh injury and boss Brendan Rodgers confirmed last week that the forward was due back on Merseyside any time now to complete the final stages of his rehabilitation.

Sturridge is expected to need a couple of weeks full training before he’ll be in contention for a first team return, so he’s likely to miss the upcoming games against Aston Villa and Chelsea but could be available for the visit of Bolton Wanderers in the FA Cup on the 24th.

It will be a huge boost to have Sturridge back as Liverpool have sorely missed him this season with Mario Balotelli, Rickie Lambert and Fabio Borini all failing to fill the England international’s boots during his absence.