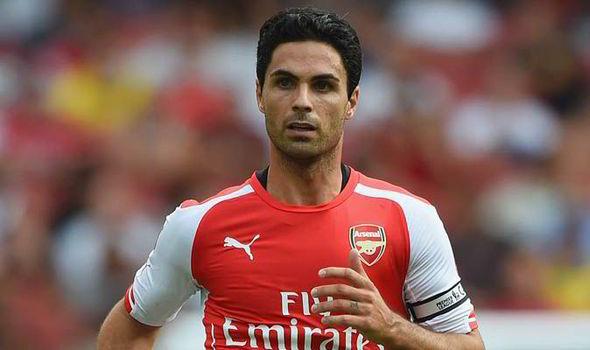 Arsenal have confirmed that midfielder Mikel Arteta has undergone ankle surgery and is expected to miss approximately three months.

The Spaniard was only initially expected to miss around four weeks but suffered a set-back when an ankle injury ruled him out of the entire festive period.

Arsene Wenger had expected his skipper to return this month but it appears the ankle problem is far worse than first thought as the club have just announced that Arteta has undergone surgery to remove a bony spur in his left ankle – which has been causing inflammation in recent months.

The surgery was a success but the club have revealed that the 32-year-old will now need around ‘three months of rehabilitation’ before he’ll be able to return.

Arsene confirmed the news to Arsenal.com:

“Mikel has had surgery which went well. I have just seen him, he is back with us at the training ground.

“He had a limited mobility in his ankle and some persistent inflammation that had an impact on his calf. That meant we had to make the decision to have surgery and it’s a proper solution which gives him the best chance to recover.”

Obviously this is a bitter blow as although Arteta may not be the most mobile or physical defensive midfielder in the league, he does make a big difference to our team and he’ll be sorely missed over the next three months.

The only silver-lining to the news it that hopefully Arsene will now step-up his chase for a new holding midfielder as I think it’s now essential we bring in a top class DM before the end of the month.