Liverpool travel to Aston Villa this weekend and Brendan Rodgers has given the latest team news ahead of the game with an update on several of his key men. 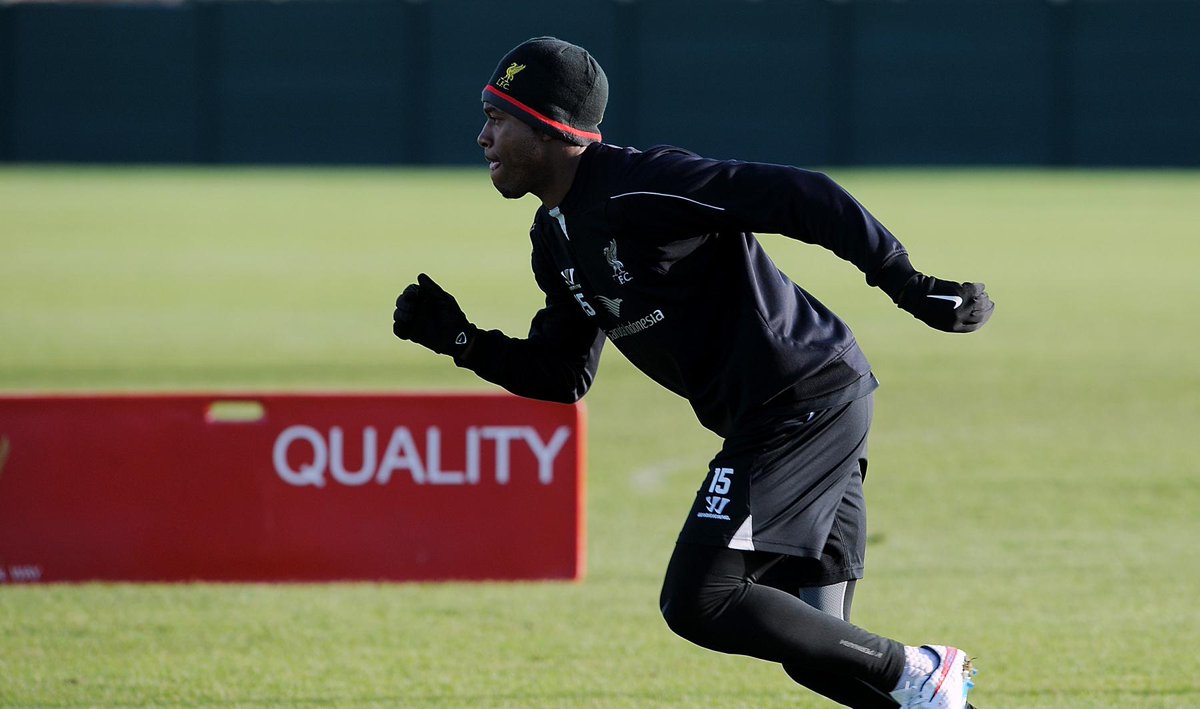 Liverpool travel to Aston Villa this weekend and Brendan Rodgers has given Liverpoolfc.com the latest team news ahead of the game with an update on several of his key men.

The Reds boss confirmed the good news that Raheem Sterling is back in contention having returned from a mid-season season break this week.

The youngster could be joined back in the squad by Glen Johnson with the full-back due to be given a late fitness test on Friday having recently returned to training following several weeks out with a groin injury.

Rodgers will also assess the fitness of Steven Gerrard after training tomorrow with the skipper nursing a hamstring injury, but should he fail to be passed fit, then the 34-year-old should return against Chelsea next week.

Adam Lallana has been on the sidelines recently with a thigh injury but he too is back in training and will be given a late fitness test tomorrow to see if he can make the trip to Villa Park on Saturday.

Daniel Sturridge is finally back in training having returned from the United States where he was working with specialists to try and overcome a long-standing thigh problem, but the Villa game will come too soon, so he’ll join Jon Flanagan and Joe Allen on the sidelines with the duo still working their way back to fitness following knee injuries.

“Raheem is back in the squad, which is good news. He’s refreshed and ready to work.

“We’re monitoring the likes of Steven and Adam Lallana. Adam’s been out for a little while, but he’s on the field.

“We’ll see by the end of play tomorrow [with Steven]. If not, then hopefully by the Chelsea game.

“Daniel Sturridge is back and working well. He’s obviously not ready to play as of yet, but he’s working well, so hopefully in the near future he’ll be ready.

“Young Jon Flanagan is still a little bit of time off [from fitness] and Joe Allen should be back training with the group in the next couple of days.

It will be a big boost for Liverpool to have Sterling available again as he was growing into his new central striker role before being given a winter break.

The 19-year-old’s availability is important given that Sturridge is still out and when pressed for more details on when we should expect to see the striker in action again, Rodgers insists he’s not set any comeback date just yet.

“Time will tell. We just want him [Sturridge] fit and there’s no timeline on that as such.

“He’s working hard, he’s back in the final stages of his rehab here at the club, but there is no time on it yet.”

Liverpool head into the weekend action sitting in eighth place in the Premier League table but will be looking to close the gap on fourth-placed Manchester United with another win over Villa on Saturday afternoon.