Arsenal take on Premier League champions Manchester City on Sunday afternoon and boss Arsene Wenger has given Arsenal.com a team news update ahead of the game. 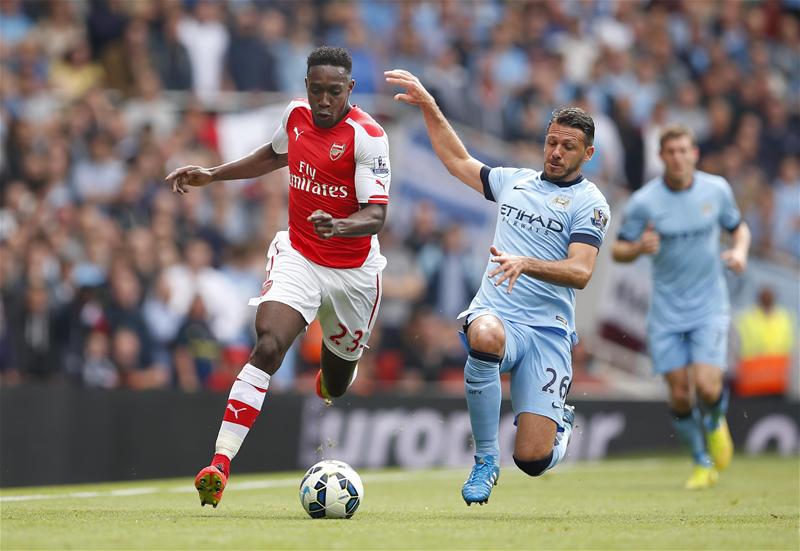 Arsenal take on Premier League champions Manchester City on Sunday afternoon and boss Arsene Wenger has given Arsenal.com a team news update ahead of the game.

First off, let’s start with the bad news and the Gunners boss confirmed yet another injury blow with striker Danny Welbeck suffering a small set-back in his recovery from a thigh injury.

Welbeck hasn’t played since suffering a thigh problem during our 2-1 win at West Ham back on Boxing Day and he was expected to be back in contention for this weekend. However, the boss has revealed that the striker is still feeling pain and will be on the sidelines for another two weeks.

Wenger also gave his thoughts on Mathieu Debuchy after the defender was ruled out for three months following surgery on the shoulder injury he sustained against Stoke last week, and the boss says it’s hugely unfortunate for us to lose him again so soon after he returned from his last serious injury.

There is some good news as Kieran Gibbs could be back in contention this weekend as he faces a late fitness test on a heel injury. If passed fit, the full-back will join Mesut Ozil, Theo Walcott and Aaron Ramsey in the squad with the trio all fit and available for selection.

Wenger also gave a positive update on Jack Wilshere with the midfielder continuing to progress quicker than expected and we should see him available again by the end of February.

Mathieu had a surgery on his right shoulder following the injury on Sunday. It’s very unfortunate for Mathieu, it’s unbelievable because he’s had two surgeries in the same season. He just came back, he played seven games and he’s out again. I count three months out for Mathieu because contact will be a problem for the shoulder.

Danny Welbeck is not ready yet, he is still feeling some pain, so we will have to be patient. I think he has two more weeks [before he’s back].

on Ramsey, Ozil and Walcott…

He has a test today. He should come back into the squad.

He’s doing very well. He’s a bit ahead of schedule. We always said that he should be alright by the end of February.

It’s a blow to lose Welbeck as I’m sure he’d have been motivated to play against his old Manchester rivals, but with Walcott and Ozil fit again we have plenty of options in attack to compensate.

Hopefully Gibbs can pass his fitness test as we’re low on options at the back, but thankfully Nacho Monreal has been performing well in his absence and Calum Chambers is available again having missed last weeks win through illness.