Louis van Gaal has confirmed the club are sweating over the fitness of a striker ahead of Man Utd’s clash with QPR, plus he gave his thoughts on Radamel Falcao. 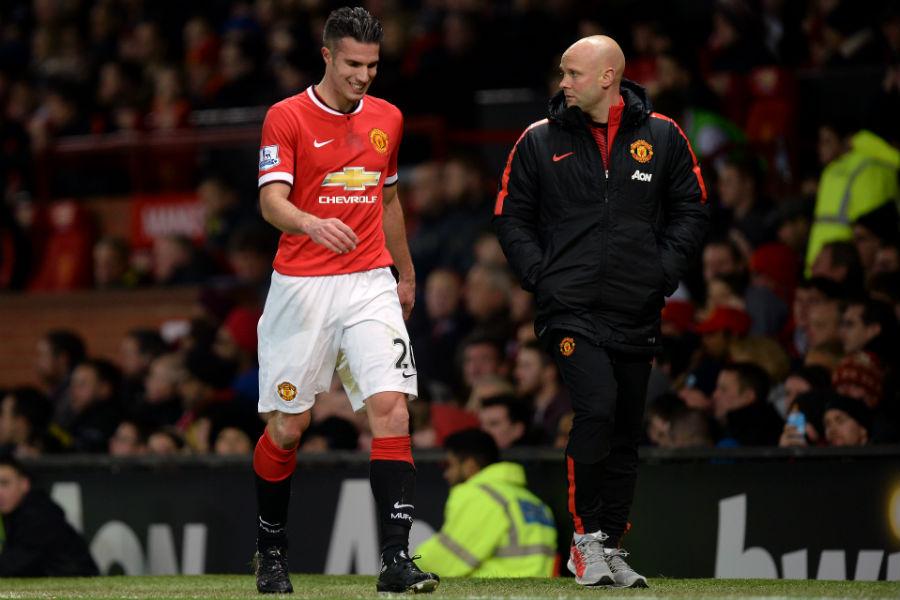 Manchester United are in the capital this weekend to take on Queens Park Rangers at Loftus Road on Saturday afternoon.

Ahead of the game, Louis van Gaal has been speaking to the media at his pre-match press conference this afternoon and he’s given ManUtd.com an update on the fitness of striker Robin van Persie.

The Dutchman was forced off during last weeks defeat to Southampton at Old Trafford after picking up an ankle injury and is considered as a major doubt for tomorrow’s game.

However, contrary to some reports in his homeland, van Gaal has revealed that the injury is just a minor one and they’ll give van Persie every chance to prove his fitness ahead of the QPR game.

“Van Persie is maybe injured but it is a minor injury so we’ll wait and see,” van Gaal informed MUTV.

“I have read that story [regarding an injury] in the newspapers in the Netherlands on Wednesday but we shall see.”

If van Persie doesn’t pass a late fitness test then all eyes will be on van Gaal to see if he recalls Radamel Falcao to the starting eleven after leaving him out of the squad entirely for last weeks loss against the Saints.

But the United boss fired a warning at the Colombian after telling him he has to prove himself and a hefty price-tag doesn’t guarantee a starting spot in the team. van Gaal told reporters:

“He [Falcao] has to prove himself, that we have agreed. We have made this deal and everything is clear and it is not the end of the year [the duration of his loan spell] so he has the chance for that.

“For the manager it is the quality of the training sessions, the quality in his performances and matches and he has to compare [favourably].

“A player of £95m has to prove himself also. Maybe he has less motivation so I have to be like that.” van Gaal told the BBC

van Gaal has several other selection dilemma’s now that most of his squad is fit, with Marcos Rojo and Rafael pushing for recalls in defence while the likes of Ander Herrera and Marouane Fellaini will be hoping to start in midfield.