Liverpool take on Swansea at the Liberty Stadium Saturday afternoon. Here’s a preview with team news, line-ups, predicted score and betting tips for the game.

Liverpool will be looking to close in on the top four when they take on Aston Villa on at Villa Park on Saturday afternoon.

The Reds head into the game off the back of a seven-game unbeaten run having not tasted defeat since losing 3-0 to Manchester United over a month ago.

A 1-0 victory over Sunderland last weekend was the Merseysiders fifth in seven games and sees them close to within five points of fourth-placed Manchester United, so Brendan Rodgers will be keen to close that gap even further this weekend.

Villa on the other hand are heading in the wrong direction as a six-game winless run means they sit 13th in the table, but are just three points above the drop zone.

The Midlanders poor form isn’t being helped by their inability to score goals at home as Paul Lambert’s men have managed just seven goals in 10 Premier League games at Villa Park this season, so they’re going to have to start clicking in attack if they want to pull themselves away from the relegation dog fight.

Liverpool will give a late fitness test to captain Steven Gerrard after he was forced off at the Stadium of Light with a hamstring injury, but Rodgers is unlikely to take any chances.

Adam Lallana also has a chance of making a swift return to action after recovering quicker than expected from a thigh problem, but again, I can’t see Rodgers risking bringing him back too soon.

Raheem Sterling is back in contention after being given a winter break to recharge his batteries so he should come straight back in to start up front.

Daniel Sturridge is training again after recovering from a long-standing thigh injury but this game comes too soon.

Aston Villa welcome back Fabian Delph from a three-match ban so he should return to the midfield, but Ciaran Clark serves a one-game suspension after being sent off against Leicester last week.

Ron Vlaar continues to miss out with a knee injury so he joins Philippe Senderos (thigh) and Libor Kozak (leg) on the sidelines. 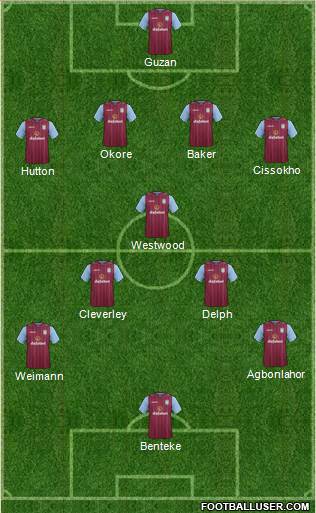 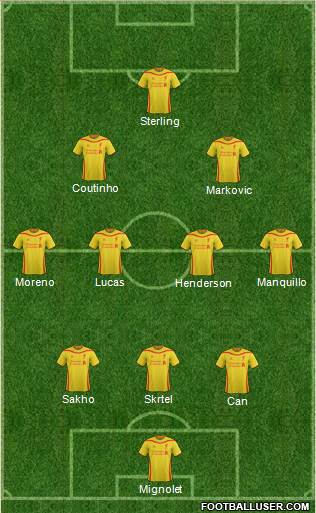 Aston Villa 1-2 Liverpool: The Reds have found a bit of form lately and Villa are dreadful in front of their own fans, so I can see Liverpool coming away with all three points tomorrow.

Liverpool are the favourites to win the game but Football-Talk can get you enhanced odds of 5-1 on the Reds to win with Betfair, plus you can win a £100 free bet bundle. A 2-1 win is also on offer at 9/1 while I fancy Raheem Sterling to open the scoring at 5/1. If we combine that with a 2-1 away victory in a scorecast, then we get very tempting odds of 39/1. Surely that’s got to be worth a couple of quid!?