Chelsea take on Swansea at the Liberty Stadium on Saturday afternoon. Here’s a preview with team news, line-up, predicted score and betting tips for the game.

Chelsea will look to cement their place at the top of the Premier League when they take on Swansea City at the Liberty Stadium on Saturday afternoon.

The Blues head into the game off the back of last weeks comfortable 2-0 victory over Newcastle United that was secured thanks to goals from Oscar and Diego Costa.

The win at Stamford Bridge saw Jose Mourinho’s men open up a two point lead at the top of the table after Manchester City drew at Everton, so they’ll want to at least maintain that advantage tomorrow.

However, to do so, the West Londoners will have to improve upon a disappointing recent away record that’s seen them win just one of their last five games on the road.

Swansea are struggling for form themselves with the Welsh side without a win in their last three league games. That run has seen them slip down to ninth in the table so Garry Monk will be desperate to get back to winning ways tomorrow.

Monk is going to have to find a way to cope without star striker Wilfried Bony after his move to Man City and Bafetimbi Gomis is expected to be the man to start up front on Saturday.

The Swans have received a double boost with Gylfi Sigurdsson and Jefferson Montero expected to feature having recovered from injuries, but Jonjo Shelvey is out through suspension.

Chelsea will have to make-do without defender Cesar Azpilicueta after he picked up a knock last week so Filipe Luis will come in at left-back.

Mourinho may recall Thibaut Courtois after leaving him out last week – although the Blues boss has admitted the Belgian international still isn’t 100% fit – while he may also rest a couple of players ahead of Tuesday’s Capital One Cup semi final first leg against Liverpool. 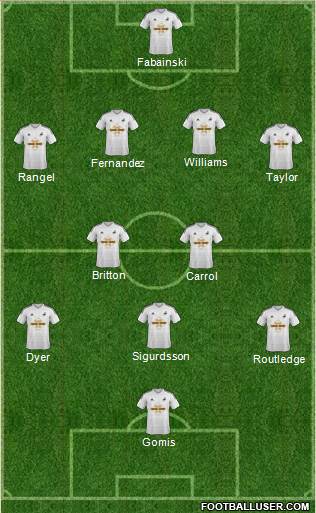 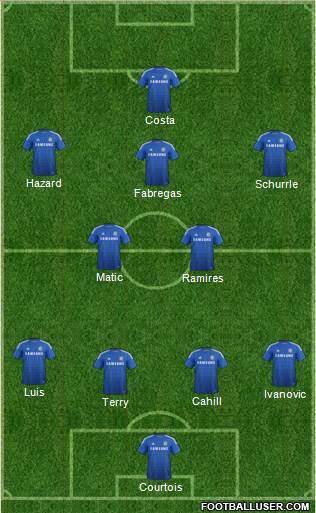 Swansea 1-2 Chelsea: It was important Chelsea got back on track with a win last week after their disappointing loss away at Tottenham but they’ll face a tricky test tomorrow as Swansea are a dangerous side. However, I think the Blues will have just enough to edge this one.