With the January transfer now open for business, managers are strengthening their squads ahead of the second half of the season, so we’ll bring you all the latest news and gossip. Today, Arsenal are linked with Marcelo Brozovic…. 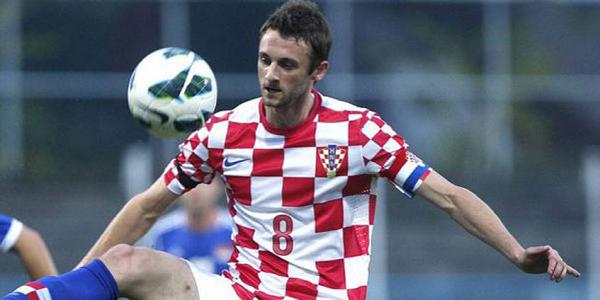 The agent of Marcelo Brozovic has confirmed Arsenal’s interest in signing the midfielder and admits his client would be keen on making the move to the Emirates, according to reports.

The 22-year-old’s impressive displays earned him a place in the Croatia squad for this summers World Cup in Brazil and it seems he caught the eye of Arsene Wenger as reports last week suggesting that we’d tabled a bid worth around £7m for the midfielder.

It’s understood that Dinamo have rejected the offer but Brozovic’s agent, Miroslav Bicanic, has now come out and confirmed our interest in the player and revealed that although there is no deal in place just yet, his client would jump at the chance of moving to North London.

“We are talking to several clubs, although there is nothing concrete at this moment,” Bicanic told Goal.

“We know of Arsenal’s interest, but there is nothing agreed. At this moment Marcelo is with Dinamo and everything depends on Dinamo.

“They have to agree a price with a club and then we can hold talks.

“Of course Marcelo would be interested in playing in the Premier League with a club such as Arsenal.

“We hope he can change clubs and come to England as it is one of the best leagues in the world, but the decision depends on Dinamo.”

Brozovic made his name as an attacking midfielder but he’s been deployed in a deeper midfield role in recent months, so Wenger could see him as a long-term replacement for Mikel Arteta in the middle of the park.

It remains to be seen whether we’ll be able to get a deal agreed with Zagreb but with his contract not due to expire until 2019, the Croatian giants are under no immediate pressure to cash-in so we’re unlikely to be able to pick him up on the cheap.