Arsenal and Liverpool have held secret talks with Lyon about a potential deal for hot-shot striker Alexandre Lacazette, according to reports.

With the January transfer in full swing, managers are strengthening their squads ahead of the second half of the season, so we’ll bring you all the latest news and gossip. Today, Arsenal and Liverpool are linked with Alexandre Lacazette. 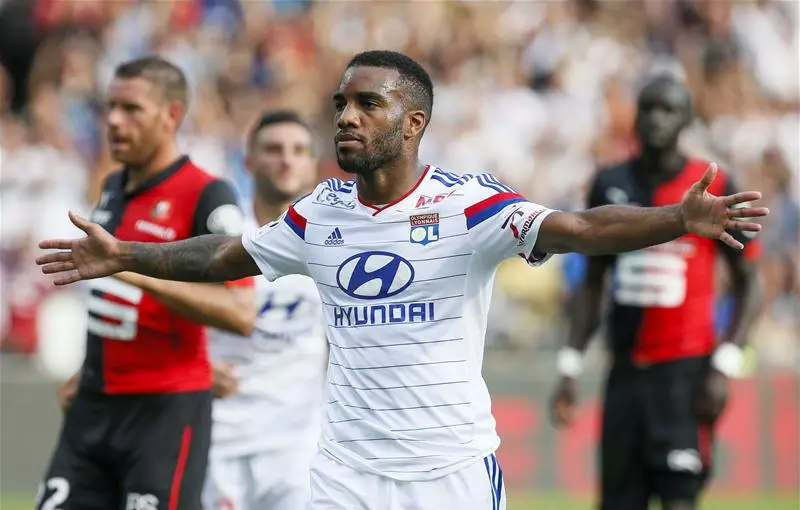 Arsenal and Liverpool have held secret talks with Lyon about a potential deal for hot-shot striker Alexandre Lacazette, according to reports.

The 23-year-old has been with Lyon his entire career having joined the clubs youth system as a seven year-old in 1998 and made his way through the ranks before breaking into the first team set-up in 2009.

It took the striker a few years to really find his feet and after netting 22 goals in 54 games last season, Lacazette has been in sensational goal-scoring form this campaign and has 20 goals in just 21 league games so far.

Understandably, top European clubs are starting to sit up and take notice and it seems his impressive form has alerted Arsenal and Liverpool as the Express are reporting that the duo have opened talks with Lyon over signing the in-form hitman.

With Lyon currently sitting top of the Ligue 1 standing and in with a real shot of winning their first title since 2008, you’d expect any potential move would be for the summer and a deal isn’t going to be easy.

Lyon president Jean-Michel Aulas is notoriously difficult to deal with and he’s recently claimed that Lacazette is better than Real Madrid’d Gareth Bale, so no doubt Arsenal or Liverpool would have to dig deep to persuade the French club to cash-in.

Arsene Wenger could be on the look-out for another forward with Lukas Podolski expected to leave the club on a permanent basis this summer once his loan spell at Inter Milan finishes and Lacazette would be a typical ‘Wenger’ signing.

However, Brendan Rodgers is also searching for more fire-power as the Merseysiders have struggled badly for goals during the prolonged absence of Daniel Sturridge and with Mario Balotelli’s future shrouded in doubt, the Northern Irishman has seemingly identified Lacazette as a target.

The French international is certainly in red-hot form and his mix of power, pace and finishing ability would make Lacazette an exciting addition for either Arsenal or Liverpool, so this one is definitely worth keeping an eye on….