Manchester United have joined the likes of Arsenal and Liverpool in the race for €17m-rated Austrian international centre-back Aleksandar Dragovic.

With the January transfer in full swing, managers are strengthening their squads ahead of the second half of the season, so we’ll bring you all the latest news and gossip. Today, Liverpool and Arsenal face competition from Manchester United for Aleksandar Dragovic…. 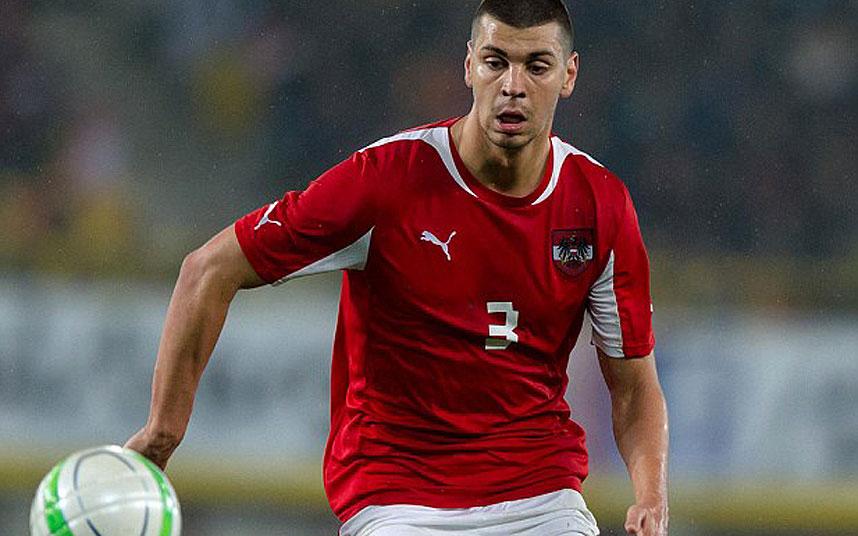 Manchester United have joined the likes of Arsenal and Liverpool in the race for €17m-rated Austrian international centre-back Aleksandar Dragovic, according to reports.

Dragovic has excelled since joining Dynamo Kiev from FC Basel in 2013 and his impressive form has attracted interest from a whole host of European clubs including the likes of Juventus, Zenit St Petersburg and Roma.

Arsenal and Liverpool are also believed to have asked about the availability of the defender having scouted him extensively this season, with both Arsene Wenger and Brendan Rodgers in the market for defensive reinforcements.

However, the duo will now face stiff competition as the Guardian claim that Dragovic has emerged as a primary target for Manchester United as they have given up hope of landing Borussia Dortmund skipper Mats Hummels this month.

Louis van Gaal is keen to strengthen his options at the back as the Dutchman has had to endure crippling injuries to his centre-back’s during the first half of the campaign, with Jonny Evans, Marcos Rojo, Phil Jones and Chris Smalling all spending time on the sidelines at one stage or another.

The newspaper suggests that United have been given encouragement that Kiev are willing to cash-in if their €17m (£13m) valuation is met and the Austrian international is understood to favour a move to the Premier League if he is to leave Ukraine.

It remains to be seen whether Arsenal or Liverpool will step-up their interest in Dragovic before the window closes. The Gunners are closing in on a deal for Gabriel Paulista so it seems unlikely Wenger will move for another defender, which could leave United and Liverpool to go head-to-head for the former Austria Vienna centre-back.