With the January transfer window in full swing, managers are strengthening their squads ahead of the second half of the season, so we’ll bring you all the latest news and gossip. Today, Douglas Costa wants to join Chelsea…. 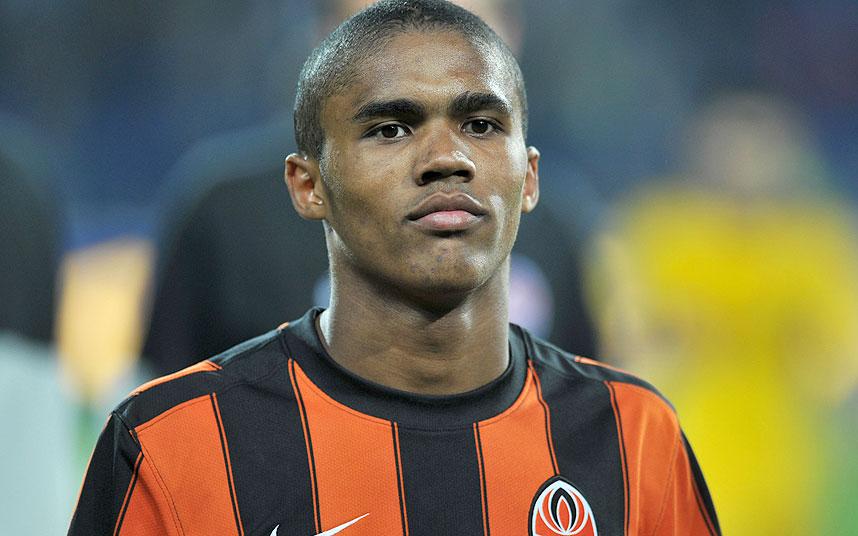 Brazilian attacker Douglas Costa has expressed his desire to move to Chelsea in order to play under Jose Mourinho after the Blues tabled a €25m bid to Shakhtar Donetsk for his services, according to reports.

Costa has been at Shakhtar since joining from Gremio in 2010 and has played a key role in helping them win the Ukrainian Premier League title for the past five consecutive seasons.

The 24-year-old’s impressive form has seen him linked with a move to the Premier League in the past and that speculation intensified once again last week with reports claiming that Chelsea had seen an opening €21m bid rejected by Skahktar.

However, the Express suggest that the Blues have now increased their offer to €25m (£19m) and Costa has put pressure on Shakhtar to accept after publicly expressing his wish to move to Stamford Bridge, with the Brazilian telling reporters that it would be a ‘dream’ to play for a club like Chelsea under the guidance of Jose Mourinho.

“To play at Chelsea is a dream for any player,” he said.

“It is standing next to some of the best players in the world and competing with the world’s best as well.

“But really, what catches my eye is the coach. He is a very intelligent coach and has been victorious wherever he went. One of the things that would make me happier to act at Chelsea would be this.” Costa is quoted as saying by the Express

Costa went on to thank Shakhtar boss Mircea Lucescu for helping him develop as a player in the Ukraine, but reiterated that he feels Mourinho could help him reach new heights at Chelsea.

“I learned a lot here with Lucesc,” Costa added.

“I arrived at Shakhtar aged 19 and he taught me a lot. I am very grateful. But I also know that with Mourinho at Chelsea, my progress would be even greater.

“He has won just about everything. He is among the best, if not the best. He is at the top.”

The Blues are believed to be in the market for a potential replacement for Andre Schurrle, with the German international strongly tipped to make a move to Wolfsburg before the window closes.

Costa is an attacking midfielder who can play anywhere across the front three positions behind the striker but he’s predominantly been used in the middle or from the right-wing at Shakhtar during his five year at the club, so he’d certainly be an ideal replacement for Schurrle.

He’s only earned 2 caps for the Brazilian national team so far during his career but thankfully for Chelsea, he has dual-Portuguese nationality so wont require a work permit to live and work in Britain.