Liverpool striker Daniel Sturridge appears to have hinted that he could be involved in tonight’s huge clash against Chelsea. See the photo for yourself here 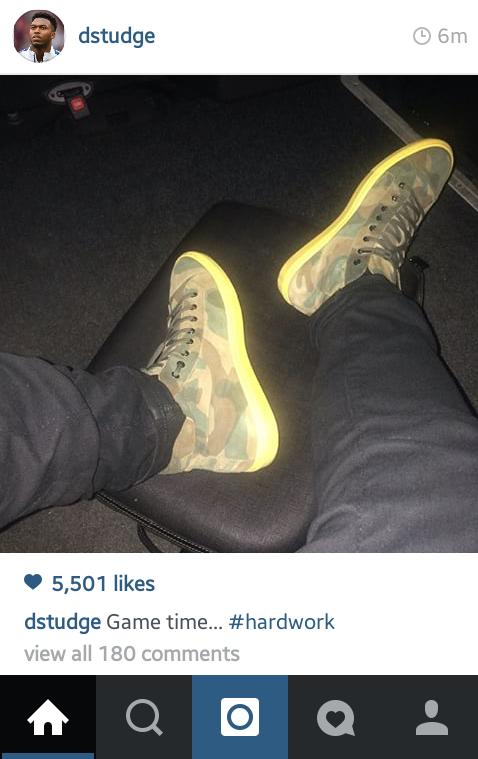 Liverpool striker Daniel Sturridge appears to have hinted that he could be involved in tonight’s huge clash against Chelsea.

The Reds take on the Premier League leaders at Stamford Bridge in their Capital One Cup semi final second leg this evening and Liverpool fans have been eagerly awaiting news on Sturridge’s possible involvement.

The striker hasn’t featured since way back in August as a series of thigh and calf injuries have kept him on the sidelines for over four months.

However, he returned to full training on Sunday and Brendan Rodgers confirmed at his pre-match press conference on Monday that he would make a late decision over whether to include the 25-year-old in tonight’s squad.

“He had a training session with the team yesterday and he trained very, very well. It was as comfortable as he’s looked, even when he was coming back before – he was maybe a little bit tentative. I thought yesterday he looked back to normal.

“We won’t risk it, that’s for sure. He’s been out for a long time, so we just need to make sure he is ready and feels ready, which is important, to come and contribute.

Sturridge has now teased fans after uploading a photo [above] to his Instagram account a short time ago showing his feet/boots – which appear to be resting on a small suitcase on board a coach – with a message reading “game time….#hardwork”.

This seems to be a hint that his hard work has paid off and he could be involved tonight, but we won’t for certain until the teams are announced at around 6.45pm.

If he is in the squad, it’s more than likely that Sturridge will be named among the substitutes as Rodgers has already said they won’t rush him back too soon.