Former Tottenham Hotspur star Gareth Bale has ruled out making a big-money move to Manchester United and admitted he used to be an Arsenal fan.

With the January transfer window coming to a close, managers are frantically trying to tie-up those late deals ahead of the second half of the season, so we’ll bring you all the latest news and gossip. Today, Gareth Bale talks about Arsenal and Man Utd….. 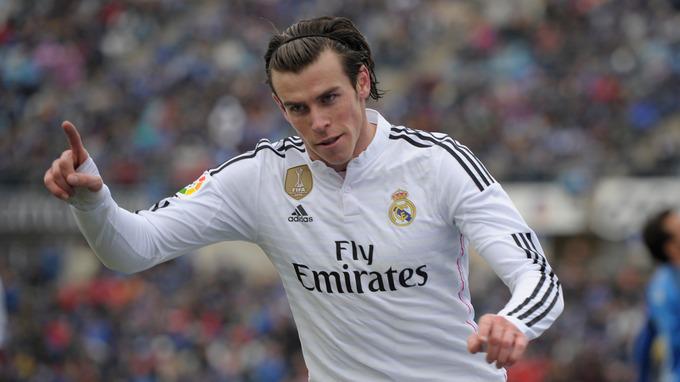 Former Tottenham Hotspur star Gareth Bale has ruled out making a big-money move to Manchester United and admitted he used to be an Arsenal fan.

Bale spent six seasons at White Hart Lane after joining the club from Southampton in 2007 and became the world’s most expensive footballer when Real Madrid splashed out a reported €100m (£85.3m at that time) to secure his signature in the summer of 2013.

However, the Welshman has now revealed that he grew up supporting Arsenal as a child and used to look-up to the likes of Thierry Henry and Patrick Vieira, but had to suppress those feelings when he joined Spurs.

And in the Premier League, which club did you follow?

“I used to like Arsenal a lot,” Bale laughed. “But when I moved to Tottenham of course I liked them less – but I really admired Thierry Henry and Patrick Vieira, those kind of players. They were incredible.” source: Mirror

I’m sure Bale would have got plenty of stick in the Tottenham dressing room if he let slip his admiration for Arsenal when he first joined the North Londoners back in 2007.

Despite continuing his excellent form for Madrid over the past 18 months, which has seen him score 36 goals in 72 appearances so far, the 25-year-old has been linked with a shock move back to the Premier League with Manchester United strongly tipped to make a record bid for the attacker in the summer.

However, Bale has now distanced himself from those rumours by insisting he’s happy with life at Madrid and ‘couldn’t imagine’ himself playing for United. When asked about a potential switch to Old Trafford, the winger said:

“I can’t see myself at Manchester United,”

“In an interview recently I was asked if I was happy in Madrid and I said that I was very happy here.

“I have a long contract still to go, I am enjoying myself and we are winning trophies. I want to continue doing this at Real Madrid.” source: Telegraph

Bale would obviously have been a sensational signing for United had they been able to pull it off but unsurprisingly, it seems the Wales international isn’t ready to end his Spanish adventure just yet.

He’s playing in arguably the best team in the world and just played a key role in helping Madrid win their 10th European Cup, where he scored in the final during a 4-1 win over Atletico Madrid, so I don’t see any reason why Bale would want to jump ship any time soon.