Arsenal have finally confirmed the signing of Gabriel Paulista from Villarreal on a long-term contract. See photos of the player in his new kit here.

With the January transfer window coming to a close, managers are frantically trying to tie-up those late deals and strengthen their squads ahead of the second half of the season, so we’ll bring you all the latest news and gossip. Today,  Arsenal finally complete the signing of Gabriel Paulista….

Arsenal have finally confirmed the signing of Gabriel Paulista from Villarreal on a long-term contract.

Following weeks of speculation, Villarreal announced over the weekend that we had agreed a fee to sign the 24-year-old defender, with Joel Campbell heading to Spain on loan for the second half of the season as part of the deal.

Gabriel said his goodbyes to the Villarreal fans after their 1-0 win over Levante on Saturday before travelling to London on Monday to undergo a medical ahead of his reported €15m (£11.2m) move.

It’s taken some time for Arsenal to confirm it, but the club have now announced on Arsenal.com this evening that Gabriel has joined on a long-term contract after being granted a work permit.

The signing is still subject to ‘further registration and regulatory processes’ but we should get all the paper work done by Friday’s noon deadline in order for the Brazilian to be eligible to face Aston Villa on Sunday.

After completing his move, Gabriel told the clubs website:

“I am arriving at a big club and the fans can expect to find a Gabriel with a great will to help everyone. Not just thinking of me as an individual, because to me that is not important. I care more about helping the team and my team-mates. I want to help everyone, so the fans can expect a Gabriel that on the field has a lot of will to be able to help the team win important things.”

The 24-year-old is predominantly a centre-back but is also capable of playing at left or right back, so he’ll give us plenty of options at the back, and he may even fill in while Mathieu Debuchy is on the sidelines.

Gabriel is known to for his pace and tackling ability, while he’s also excellent in the air and making interceptions, so it sounds like he has a very similar style to Laurent Koscielny.

Here are some more photos provided by Arsenal of Gabriel in his new colours. 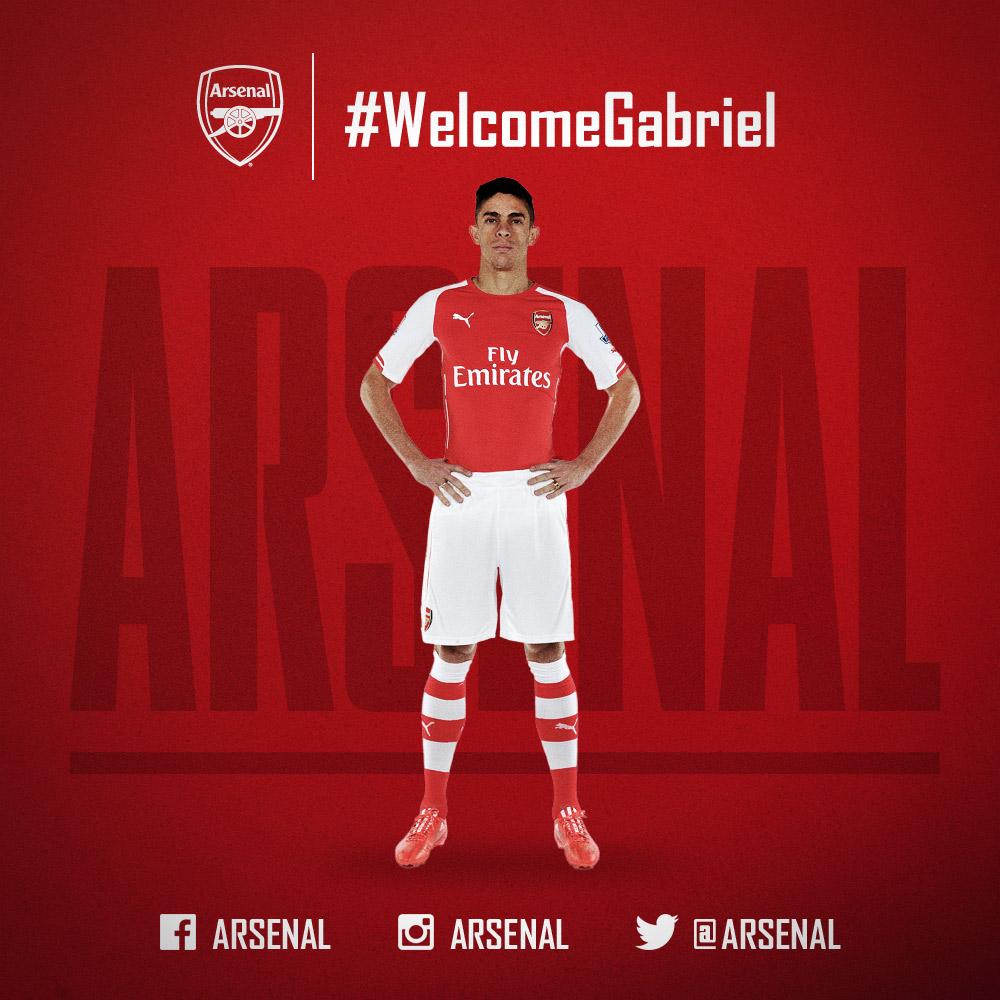