Liverpool take on West Ham at Anfield on Saturday afternoon. Here’s a preview with team news, line-ups, predicted score and betting tips for the game.

Andy Carroll in his Liverpool days

Liverpool will be looking to put Tuesday’s disappointment behind them when they take on West Ham at Anfield on Saturday afternoon.

The Reds crashed out of the Capital One Cup after losing 2-1 on aggregate to Chelsea at Stamford Bridge, with Branislav Ivanovic scoring the decisive goal in the first half of extra time.

However, Brendan Rodgers was pleased with how his team competed against the Premier League leaders over the two legs and he’ll hope they can carry on that kind of form this weekend.

Liverpool are on a six-match unbeaten run in the league and haven’t lost at home to West Ham for over 50 years, so the Mersyesiders will be confident of picking up three points tomorrow to close in on the top four.

But Sam Allardyce’s men arrive at Anfield in fine form themselves with the Londoners currently sitting one point and one place above the hosts in the Premier League table, so they may be quietly confident of coming away with a positive result.

Daniel Sturridge is expected to be back in the Liverpool squad for the first time since late August after finally recovering from a thigh injury – although Rodgers may decide it introduce him from the bench after such a long time on the sidelines.

Mamadou Sakho is expected to pass a late fitness test after picking up a back injury in midweek, so he should start in defence alongside Emre Can and Martin Skrtel.

Steven Gerrard is likely to be given a breather so Adam Lallana could come in the at attack alongside Philippe Coutinho.

West Ham are sweating on a number of players with Carl Jenkinson, James Tomkins and Alex Song all set for late fitness tests.

Joey O’Brien and James Collins are likely to miss out but Cheikhou Kouyate  has a chance to return to the squad after Senegal’s exit from the African Cup of Nations.

Andy Carroll is set to line-up against his former side once again. 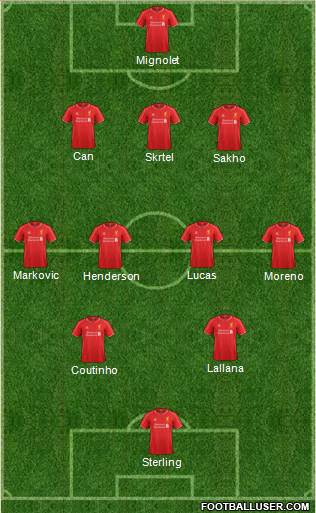 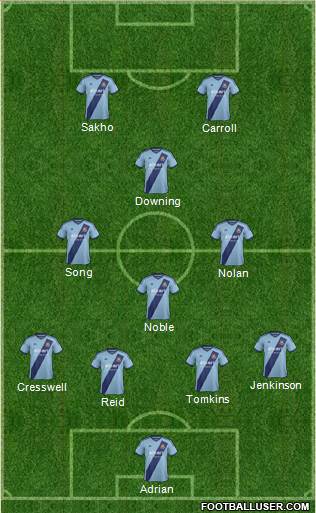 Liverpool 2-0 West Ham: The Reds are playing well of late and although West Ham are flying high in the league, I can see their disastrous run at Anfield continuing this weekend.

Liverpool are the favourites to win the game but Football-Talk can get you enhanced odds of 4-1 on the Reds to win with Betfair, plus you can win a £100 free bet bundle. A 2-0 win is also on offer at 15/2 while I fancy Raheem Sterling to open the scoring at 5/1. If we combine those two bets in a scorecast, then we get very tempting odds of 25/1. Surely that’s got to be worth a couple of quid!?