Tottenham get back to Premier League action when they take on West Brom at the Hawthorns this afternoon. Here’s a preview with team news and line-ups.

Tottenham get back to Premier League action when they take on West Brom at the Hawthorns this afternoon.

The North Londoners were pushed all the way by Sheffield United in midweek but eventually booked their place in the final of the Capital One Cup thanks to Christian Eriksen’s late strike, which secured a 3-2 aggregate victory.

However, Mauricio Pochettino’s men will have to put thoughts of a trip to Wembley firmly to the back of their minds as they look to continue their push for a top four finish when they visit the Baggies today.

Alan Irvine’s men currently sit just above the relegation zone with only three points separating them from 18th-placed Hull City, so the hosts will be desperate to repeat the 1-0 win they earned over Spurs at White Hart Lane back in September.

Tottenham boss Pochettino has a fully-fit squad to choose from so he has the luxury of rotating his team if he feels it necessary to keep players fresh.

West Brom are also in good shape although Myhill is doubtful with a thumb injury so he could join Olsson and Mulumbu on the sidelines, with the duo ruled out with calf and hamstring injuries respectively. 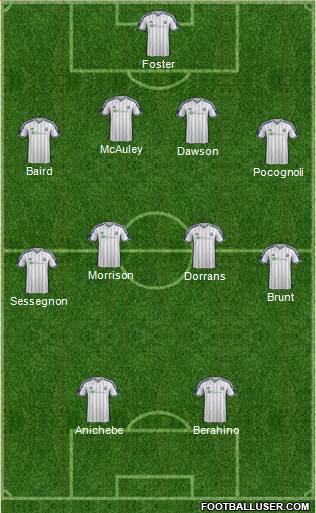 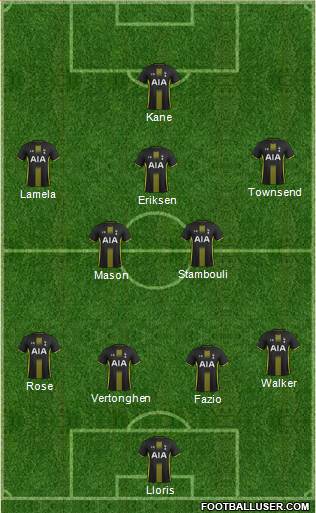 West Brom 1-2 Tottenham: Prior to their FA Cup loss against Leicester, Spurs were on a decent run and although Berahino will pose a real threat for the hosts, I can see Tottenham coming away with all three points.