Transfer deadline day is here and managers are frantically trying to tie-up those late deals to strengthen their squads ahead of the second half of the season, so we’ll bring you all the latest news and gossip. Today, Man Utd are linked with a sensational double swoop…. 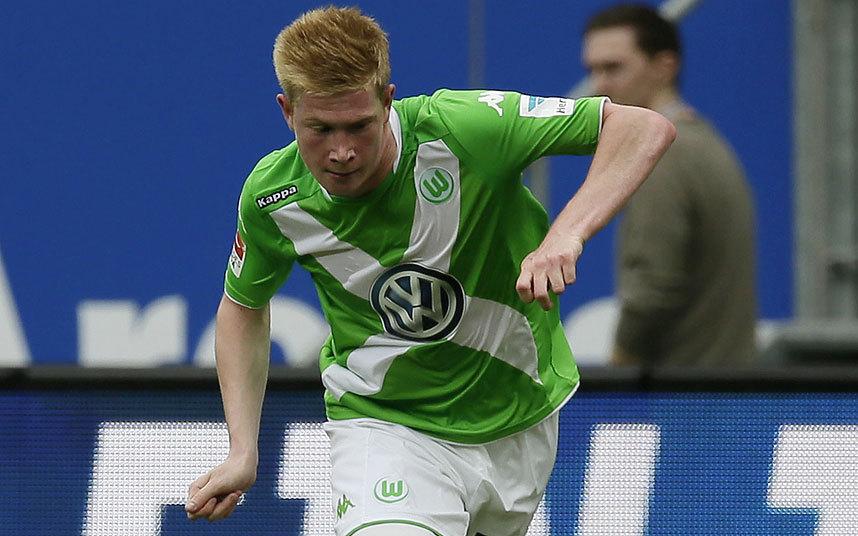 Despite publicly insisting he won’t be bringing in any new faces today, it’s understood the Dutch boss is keen to strengthen his squad and is working hard behind the scenes to give their hopes of a top four finish a major boost.

The Express claim that United are lining-up a sensational double swoop for Wolfsburg attacker De Bruyne and long-term target Hummels with the Red Devils hoping to get at least one of the deals over the line before tonight’s 11pm deadline.

De Bruyne spent an unhappy couple of years at Chelsea before moving to Wolfsburg on a permanent basis in January 2014 and the 23-year-old has regained his best form in Germany over the past year.

The Belgian international has scored 8 times in 23 appearances this season – including a double against Bayern Munich on Friday – while he’s also chipped in with an impressive 14 assists.

The Express suggest that his form has alerted van Gaal, who believes that De Bruyne would fit in perfectly in his 4-4-2 diamond formation, and is ready to test Wolfsburg’s resolve with a €40m (£30m) bid today.

The second player on the Dutchman’s hit-list is long-term target Mats Hummels with the newspaper claiming that after weeks of speculation, United will make one final push for his signature by tabling a €50m (£37m) offer.

However, United may have to wait until the summer to stand any chance of landing the German international as it’s highly unlikely Borussia Dortmund will agree to cash-in after they dropped to the bottom of the Bundesliga table with a 0-0 draw at Bayer Leverkusen over the weekend.

It would also be surprising if Wolfsburg agreed to do business for De Bruyne mid-season, although they could be tempted to sell as it would secure a sizeable profit on the £18m they paid Chelsea just over 12 months ago and it would also provide them with the funds they need to buy Andre Schurrle.

We’ll have to see how things develop over the course of the day but I think that of the two players linked in this reports, only De Bruyne has any realistic chance of happening.