Arsenal and Manchester United are among the clubs who are keen on signing Arda Turan after the €30m-rated attacker had a bust-up with Diego Simeone.

Transfer deadline day is here and managers are frantically trying to tie-up those late deals to strengthen their squads ahead of the second half of the season, so we’ll bring you all the latest news and gossip. Today, Arsenal and Man Utd are linked with Arda Turan… 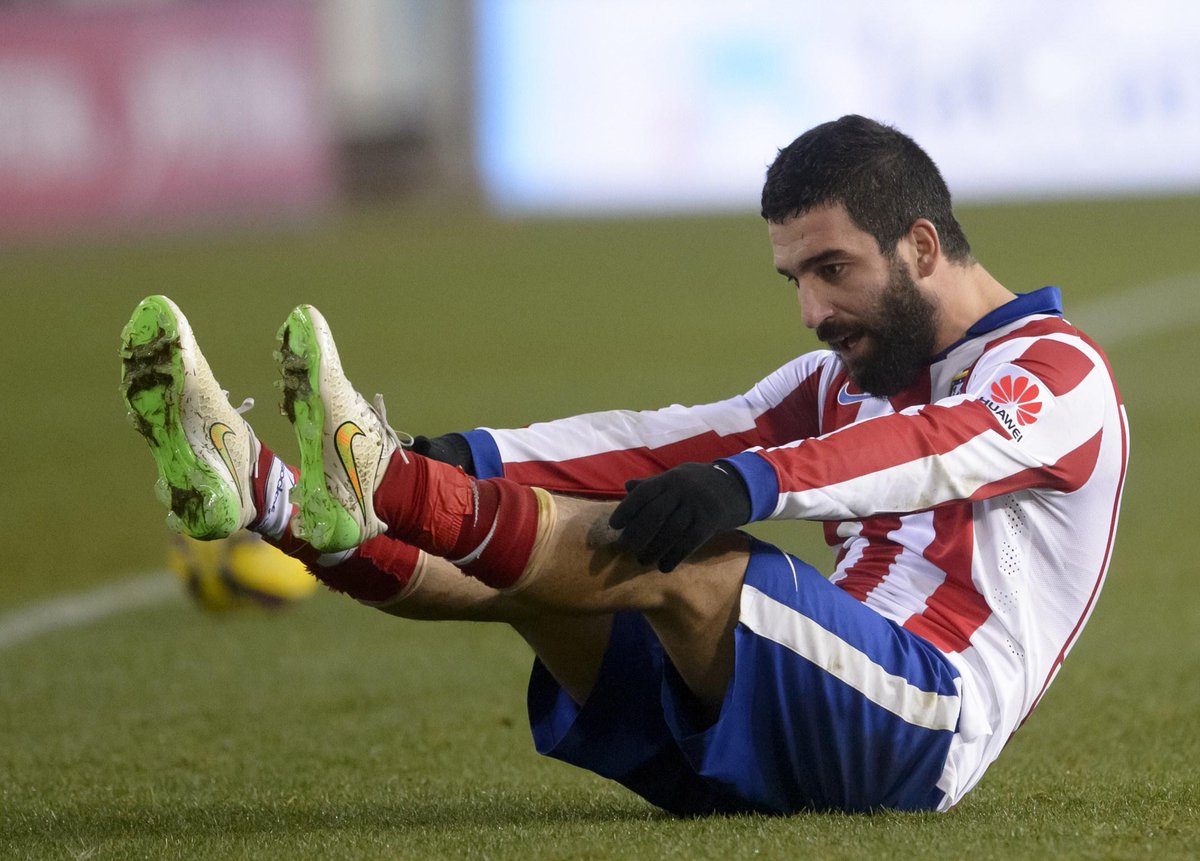 Arsenal and Manchester United are among the clubs who are keen on signing Arda Turan after the €30m-rated attacker had a bust-up with boss Diego Simeone, according to reports.

Turan has developed into one of the best attackers in La Liga since joining Atletico from Galatasaray in 2011 and played a key role in leading them to the title and the Champions League final last season.

However, it appears his time at the Vicente Calderon could be coming to an end as reports coming out of Spain claim Turan wants out of Atletico after a bust-up with coach Diego Simeone.

The Turkey international recently showed his frustration on the pitch after throwing his boot at a linesman during a defeat to Barcelona last week and he could now be heading for a move to the Premier League.

The Daily Star claim that Arsenal and Manchester United are keen to offer the 28-year-old a fresh start in England but will have have to fend off interest from the likes of Paris Saint-Germain, Borussia Dortmund, Inter Milan, AC Milan and Roma for his signature.

Any potential deal will almost certainly have to wait until the summer now and the newspaper suggests that Atletico will demand a fee in the region of €30m (£22m) for the versatile attacker.

It remains to be seen whether Arsenal or United would be willing to pay that kind of money but Turan would be an excellent addition for either club if they were able to get a deal agreed at the end of the season.

He predominantly plays out wide for Atletico but is also capable of playing through the middle as an attacking midfielder so he’d give Arsene Wenger or Louis van Gaal plenty of options.

It would be interesting to see how he’d fit in at the Emirates or Old Trafford as both Wenger and van Gaal already have an abundance of attacking talent available to them, but a player of Turan’s quality doesn’t come available too often so I’m sure they’d make room for him if he does eventually leave Madrid this summer.