Liverpool have confirmed that Brazilian attacker Philippe Coutinho has committed his future to the club after signing a new long-term contract extension. 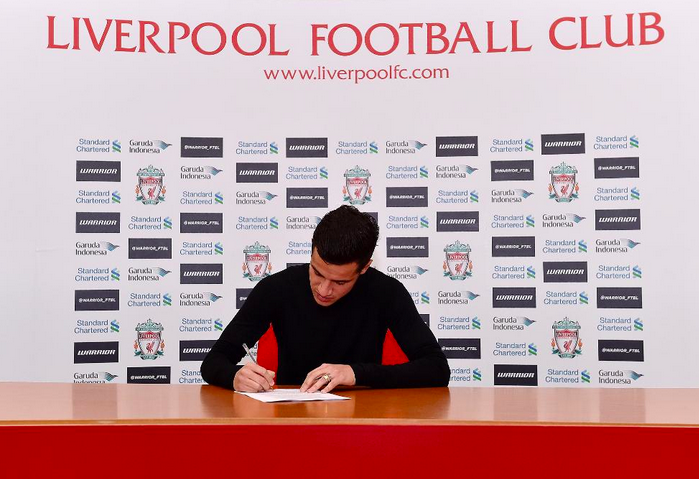 Liverpool have confirmed that Brazilian attacker Philippe Coutinho has committed his future to the club after signing a new long-term contract extension.

Coutinho joined the Reds from Italian giants Inter Milan just over two years ago and has scored 10 goals in his 81 appearances so far for the club.

The 22-year-old has cemented himself as a key player in Brendan Rodgers new-look formation this season so fans will have been delighted when the club announced on Liverpoolfc.com a short time ago that he’s put pen-to-paper on a new long-term contract.

After signing his deal, Coutinho told the clubs website:

“I’m really happy. It’s a dream come true playing for this great club and being part of this squad.

“Today I’ve committed my future to the club and for this I’m feeling very pleased.

“This club is great and the fans have always supported me, so I’ve been eager to sign this new deal since conversations started. Today is a very happy day.”

No official figures have been released by Liverpool but the Mirror claim it’s a four-and-a-half year contract worth around £70,000-a-week, which should keep Coutinho at Anfield for the best years of his career.

The Brazilian will be hoping to celebrate his new contract by helping Liverpool past Bolton Wanderers in their FA Cup fourth round replay tomorrow night, but for now, here are some more photos and a video of him signing his contract: 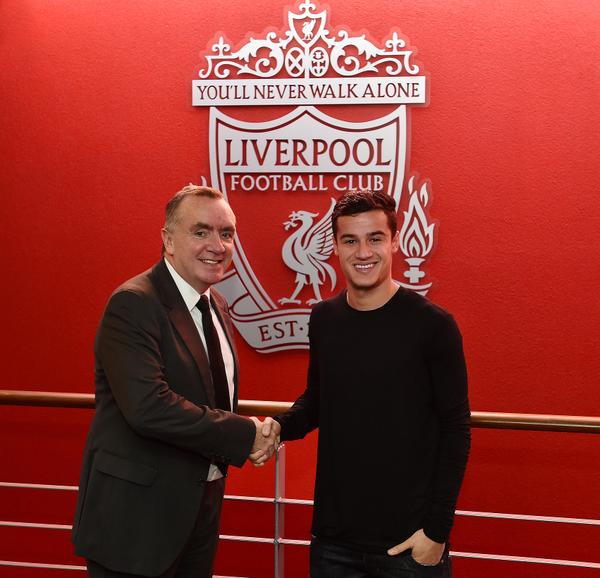