Arsenal will be looking to continue their recent good form when they take on Tottenham on Saturday. Here is the side Gooner Mac think Arsene Wenger will select: 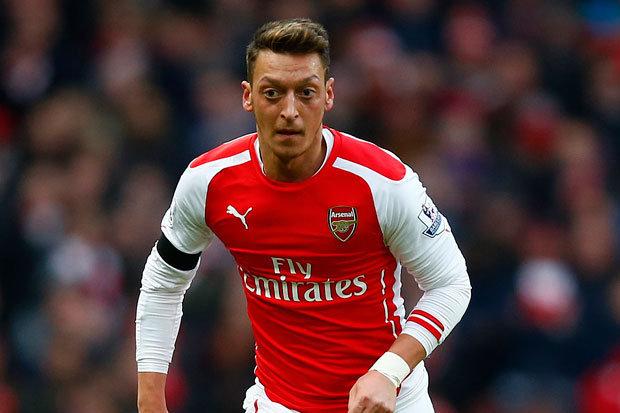 Arsenal will be looking to continue their recent good form when they take on Tottenham at White Hart Lane on Saturday afternoon. Here is the side Gooner Mac thinks Arsene Wenger will select:

Goalkeeper: Wenger appears to have handed David Ospina the No.1 shirt indefinitely and with the Colombian giving the boss no reason to leave him out, I think we’ll see him keep Szczesny out the team again this weekend.

Defence: The main decision Wenger has to make is who starts at left-back. Nacho Monreal has been excellent in recent games and I wouldn’t be surprised if he keeps the shirt this weekend with Kieran Gibbs having to make do with a place on the bench. Gabriel Paulista is highly unlikely to be handed his debut in a NLD so Per Mertesacker should continue alongside Laurent Koscielny at the back with Hector Bellerin expected to keep his place ahead of Calum Chambers at right-back.

Midfield: Francis Coquelin put in another assured display against Aston Villa so I think we’ll see him keep his place ahead of Mathieu Flamini in midfield. Santi Cazorla was outstanding too last weekend so he’ll start in the middle once again. Jack Wilshere is due to start full training next week but this game will come too soon so he remains on the sidelines with Mikel Arteta. Aaron Ramsey is likely to keep his place in midfield meaning Tomas Rosicky will be the unfortunate one to miss out.

Attack: Alex Oxlade-Chamberlain has been ruled out of the game with a groin injury so Theo Walcott should retain his place on the right wing after scoring against Villa. Alexis Sanchez has also been ruled out with a hamstring problem so Mesut Ozil is expected to start on the left and support Olivier Giroud in attack. Danny Welbeck is back in the squad but I think we’ll see him start from the bench. 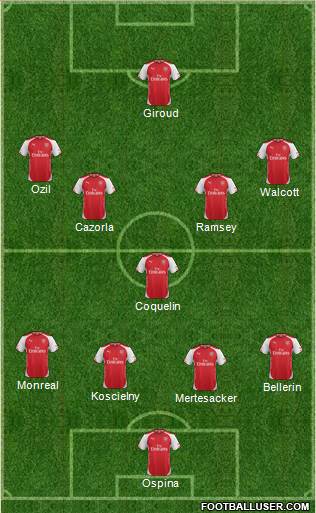