The January transfer window is now closed but that won’t stop the newspapers from speculating ahead of the summer so we’ll bring you all the worldwide gossip as well as the football transfer news you might have missed. Today, Man Utd are linked with Memphis Depay….. 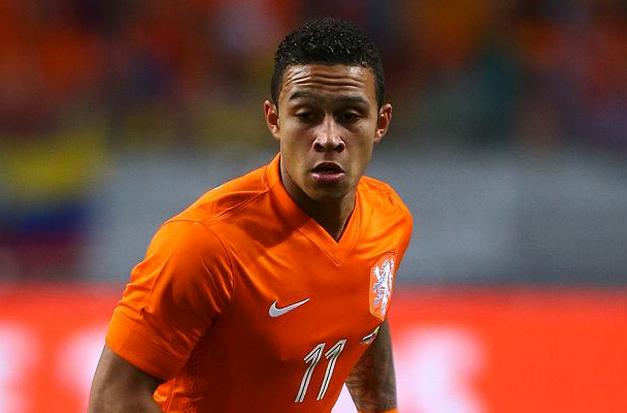 Manchester United are ready to table a €13m bid for Tottenham target Memphis Depay with Louis van Gaal hoping the Dutch ace will become his first signing of the summer, according to reports today.

Depay has emerged as one of the hottest properties in Dutch football since breaking into the PSV Eindhoven starting eleven as a 17-year-old three years ago.

The winger was strongly linked with a switch to both Manchester United and Tottenham last summer but a move failed to materialise and he eventually stayed at PSV, where he’s enjoying the best form of his career with the 20-year-old scoring 16 goals in 22 appearances so far.

Spurs were once again linked during the January window and it appears United have also continued to monitor Depay’s progress as the Express claim that Louis van Gaal hopes to make the attacker his first signing of the summer.

The newspaper suggests that United are plotting a £10m bid for the Dutch international and with the player already aware of their interest, it’s believed he’s confident a move to Old Trafford can finally come to fruition at the end of the season.

It remains to be seen how Spurs will react if United do step-up their interest with a formal bid but they may have trouble persuading the 20-year-old to opt for White Hart Lane as Depay knows van Gaal well from their time together with the Dutch national team.

The youngster certainly looks like he has a huge future ahead of him as not many players are scoring 16 goals in 22 games at the age of 20 – even if it has been achieved in the much easier Dutch league.

Depay is predominantly a left-winger so he’d face stiff competition for a starting spot at Old Trafford form the likes of Angel Di Maria, but he’s also capable of playing anywhere across the front three positions behind the striker, so he’d give van Gaal plenty of options in attack.

We’ll have to wait and see how things develop over the coming weeks and although it seems Depay is heading for a tug-of-war between United and Spurs this summer, at this stage you’d have to consider the 20-time Premier League champions as the early favourites.