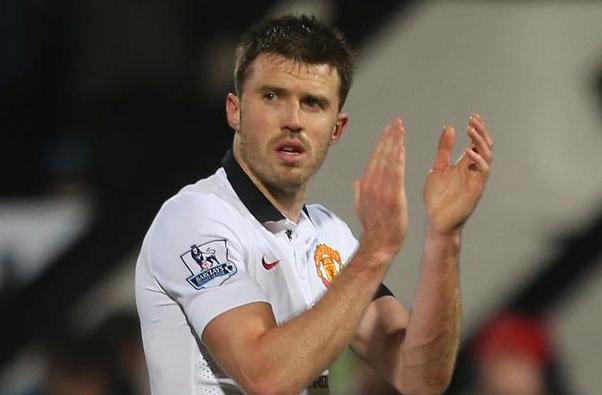 Manchester United will be hoping to continue their good form when they take on West Ham at Upton Park on Sunday afternoon.

Ahead of the game, Louis van Gaal has been speaking to the media at his pre-match press conference this afternoon and has given a positive team news and injury update to ManUtd.com.

The Dutchman confirmed that Michael Carrick is the only player currently unavailable through injury as he prepares his side for the trip to the Capital this weekend.

Carrick spent much of the first half of the season on the sidelines after suffering a serious ankle injury in pre-season but returned to fitness in November, with his comeback coinciding with United’s up-turn in form.

However, the 33-year-old ruptured a calf muscle in training last week ahead of the game against Leicester City and has been ruled out for around a month, so will definitely miss out against his former club on Sunday.

But thankfully for United, van Gaal confirmed to the clubs website that Carrick is the only injury absentee, meaning that Ashley Young and Jonny Evans are now back in contention after being ruled out in recent weeks.

The return to fitness of several players recently gives van Gaal a welcome selection headache as the United boss had to endure crippling injuries during the first half of the season, so he’ll be delighted to finally have a healthy squad to choose from.

United head into the weekend action sitting third in the Premier League table but are just a single point above Southampton and Arsenal, so van Gaal will be desperate to pick up three points and Upton Park to ensure they stay ahead of the chasing pack.