The January transfer window is now closed but that won’t stop the newspapers from speculating ahead of the summer so we’ll bring you all the news and gossip. Today,  Liverpool are tipped to move for Jack Wilshere…. 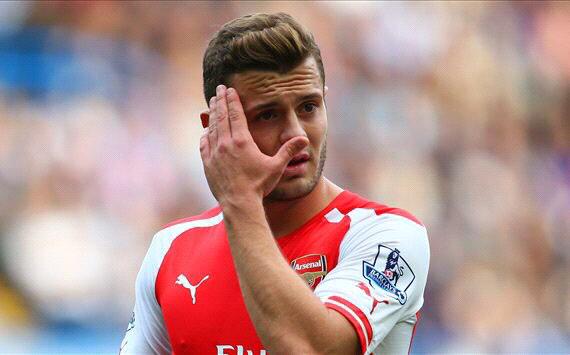 Arsenal are considering selling Jack Wilshere at the end of the season with Liverpool among the clubs ready to pounce if the Gunners decide to cash-in on the £25m-rated midfielder, according to reports.

Wilshere has been at Arsenal since the age of nine and came through the clubs youth system before breaking into the first team set-up in 2008 when he was just 16-years-old.

He’s been touted as a future captain of the North London club but a series of injury problems have severely hampered his progress, with the midfielder suffering a succession of ankle problems over the past three years.

The latest injury came back in November when a late challenge from Manchester United’s Paddy McNair led to damaged ligaments and Wilshere has been on the sidelines ever since following surgery.

Arsene Wenger has always maintained publicly that the 23-year-old is a key part of Arsenal’s long-term future but the Daily Mail claim that privately the French boss is becoming increasingly frustrated at the players poor injury record.

The newspaper suggests that the club are also concerned by Wilshere’s off the field antics following the latest smoking controversy last week and are now considering cashing in on the midfielder this summer.

It would certainly be a real shock if this was the case and I’m sure many Arsenal fans would be gutted to hear that the club were even contemplating selling a player of Wilshere’s talent and potential.

However, even more worrying for the Gunners fans is that the Daily Mail claim that Liverpool are watching the situation closely and could be prepared to pay a fee in the region of £25m to lure Wilshere to Anfield.

With Steven Gerrard set to leave the Merseysiders at the end of the season, Brendan Rodgers is on the look-out for a new midfield general and the newspaper suggests that he could turn to Wilshere as the man to fill the void.

Given how long he’s been at the club and the fact he’s been touted as a future captain, it would be devastating for Arsenal supporters if they saw Wilshere lining-up for Liverpool next season.

But thankfully got them, I just don’t see it happening. Despite what the Daily Mail claims, I don’t think there’s any chance Wenger will give up on Wilshere just yet as he’ll be determined to try and get the best out of him and see him reach his full potential.

Never say never, as anything can happen in football, but I’m be majorly surprised if Wilshere wasn’t still with Arsenal next season. He may be on the sidelines with an ankle injury again, but it will be the Gunners who are paying his wages still….