Louis van Gaal has confirmed that Robin van Persie and Phil Jones are doubts to face Preston on Monday while Michael Carrick has suffered a set-back. 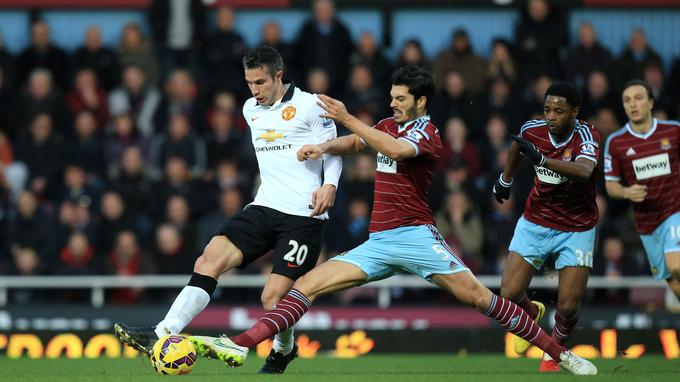 Manchester United will hope to book their place in the fifth round of the FA Cup when they take on Preston North End at Deepdale on Monday night.

Unfortunately, the United boss revealed that Robin van Persie is suffering from a knock that he picked up during Wednesday’s 3-1 win over Burnley and is a doubt to face Preston.

Phil Jones also suffered an injury in midweek after being forced off in the fifth minute with an ankle problem and although van Gaal has confirmed the injury isn’t serious, he thinks it will be enough to keep the defender out of the game on Monday.

United will make a late check on the fitness of Daley Blind after the midfielder was substituted shortly before half-time on Wednesday with a nasty cut near his left eye following an aerial clash, but van Gaal expects his countryman to be available.

“I don’t know. We have to wait and see. I don’t think it’s a heavy injury for Jones.

“With Blind, I say what the doctor has said – we’ll wait and see. I think he shall play on Monday – that’s my expectation, but you never know.”

With Jones likely to miss out, Chris Smalling should start at the back and will be full of confidence after coming off the bench in midweek to score two goals during the 3-1 win.

If van Persie is ruled out then it could see Wayne Rooney moved back in to a more familiar forward position but the club better hope Daley Blind doesn’t pick up any serious injury any time soon as van Gaal went on to confirm that Michael Carrick has suffered a set-back in his recovery from a calf injury:

“He has a fallback [setback], and that’s not unusual with injuries, so we will also have to wait and see.”

Carrick has already missed the last four games and he wasn’t due back until the end of the month, but it appears following news of a set-back he isn’t likely to return until well into March now.

Van Gaal tells reporters that Robin van Persie is carrying a knock and is doubtful for Monday's game. #mufc