The January transfer window is now closed but that won’t stop the newspapers from speculating ahead of the summer so we’ll bring you all the news and gossip. Today, Arsenal’s Santi Cazorla is linked with a move to Atletico Madrid…. 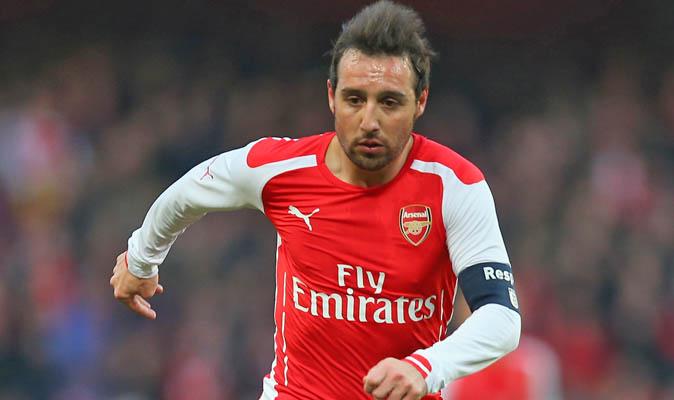 Arsenal and Atletico Madrid are in talks over a deal for Santi Cazorla after the in-form midfielder agreed personal terms over a shock move back to Spain this summer, according to reports.

Cazorla moved to Arsenal from Malaga in the summer of 2012 and has become a key part of Arsene Wenger’s starting eleven over the past two-and-a-half years, with the 30-year-old captaining the side during our 2-0 FA Cup win over Middlesbrough yesterday.

However, it seems he could be heading back to his homeland as the Mirror are citing reports coming out of Spain from radio Station Cadena Cope that claim Atletcio Madrid are in talks with Arsenal over a potential deal for the midfielder.

There have been constant rumours over the past 18 months speculating that Cazorla is keen on a move back to Spain so this is nothing new, but worryingly the radio station claims that Santi has now agreed personal terms over the move to Atletico.

I’m sure I’m not the only one who hopes this report is nothing more than idle speculation as it would be a disaster to lose Cazorla this summer. He’s always been an important player but he’s really blossomed in a central role this season and is playing the best football of his career.

It would certainly be a strange decision from Arsene Wenger to sell one of his most influential players so if this report is accurate, then it must be Cazorla who’s pushing for a move back to his homeland.

Cazorla has never appeared unsettled in London – quite the opposite in fact – and he only signed a new contract in March 2014 which is believed to have tied him to the club until the summer of 2017, so the club are under no immediate pressure to sell.

But if he is keen to end his career in Spain, then Arsene isn’t one to stand in a players way, so you never know, perhaps there could be more to this. We’ll have to wait and see how this story develops but I hope it comes to nothing as Cazorla will be almost impossible to replace if he does leave.