Chelsea take on PSG in the Champions League this evening. Here’s a preview with team news, line-ups, predicted score and betting tips for the game.

Chelsea will be hoping to bring home a positive result as they take on PSG in the first leg of their Champions League last-16 tie at the Parc des Prince tonight.

The Blues cruised through the group stages, eventually finishing six points clear of Schalke in Group G, and were rewarded with a tricky test against Ligue 1 champions PSG.

It’s a repeat of last years Quarter Final clash that saw Chelsea lose 3-1 in France before progressing on the away goals rule thanks to a 2-0 victory at Stamford Bridge in the return leg, but I’m sure Jose Mourinho’s will be hoping for a better result in the French capital this time around.

PSG finished two points behind Group F winners Barcelona in the group stages and they currently sit third in the Ligue 1 table following Saturday’s disappointing 2-2 with Caen, which saw Laurent Blanc’s men concede two goals in the final two minutes, so they’ll certainly have to tighten up at the back tonight.

Mourinho has confirmed that Diego Costa will return to the starting line-up after completing his three-match domestic suspension.

Cesc Fabregas is a slight doubt due to illness but I think we’ll see the Spaniard line-up in a more advanced position this evening with Ramires sitting next to Nemanja Matic in front of the defence.

Midfielder John Obi Mikel remains out with a knee injury but Oscar is back in contention shaking off a muscle problem that ruled him out of last weeks win over Everton.

Petr Cech put in an excellent performance during that match but Thibaut Courtois is expected to be restored between the sticks this evening.

PSG will without Lucas Moura, Yohan Cabaye and Serge Aurier after the trio all picked up injuries at the weekend.

Brazilian defender Marquinhos could shake off a knock but is unlikely to start as the game will see David Luiz start alongside Thiago Silva at the back and come up against Chelsea for the first time since making his £50m move to PSG last summer.

Javier Pastore, Blaise Matuidi and Thiago Motta are all expected to be passed fit after coming through training on Monday afternoon. 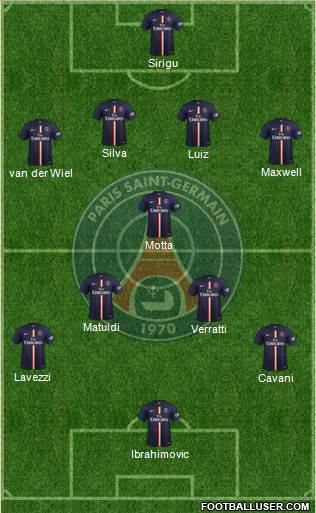 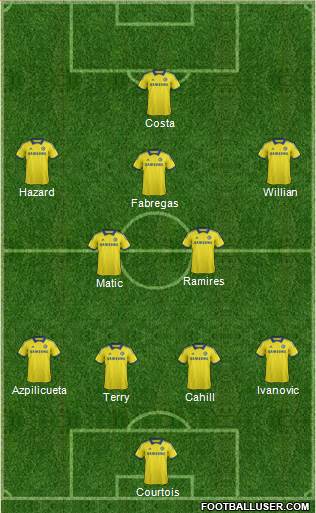 PSG 1-2 Chelsea: The Blues are a stronger side than last year while PSG are arguably weaker and out of form, so I can see Chelsea certainly avoiding defeat, but I wouldn’t be surprised if they managed to nick a 2-1 away win.

The bookies have this one as almost too close to call but thanks to Football-Talk, new customers can get enhanced odds of 7/1 on a Blues win with Betfair while you can also win £100 worth of free bets. A 2-1 win is on offer at 10/1 and I fancy Eden Hazard to open the scoring at odds of 8/1. If we combine those bets in a scorecast then we get very tempting odds of 45/1. Surely that’s got to be worth a couple of quid!?