The January transfer window is now closed but that won’t stop the newspapers from speculating ahead of the summer so we’ll bring you all the news and gossip. Today, Man Utd are linked with Bayern Munich striker Robert Lewandowski…. 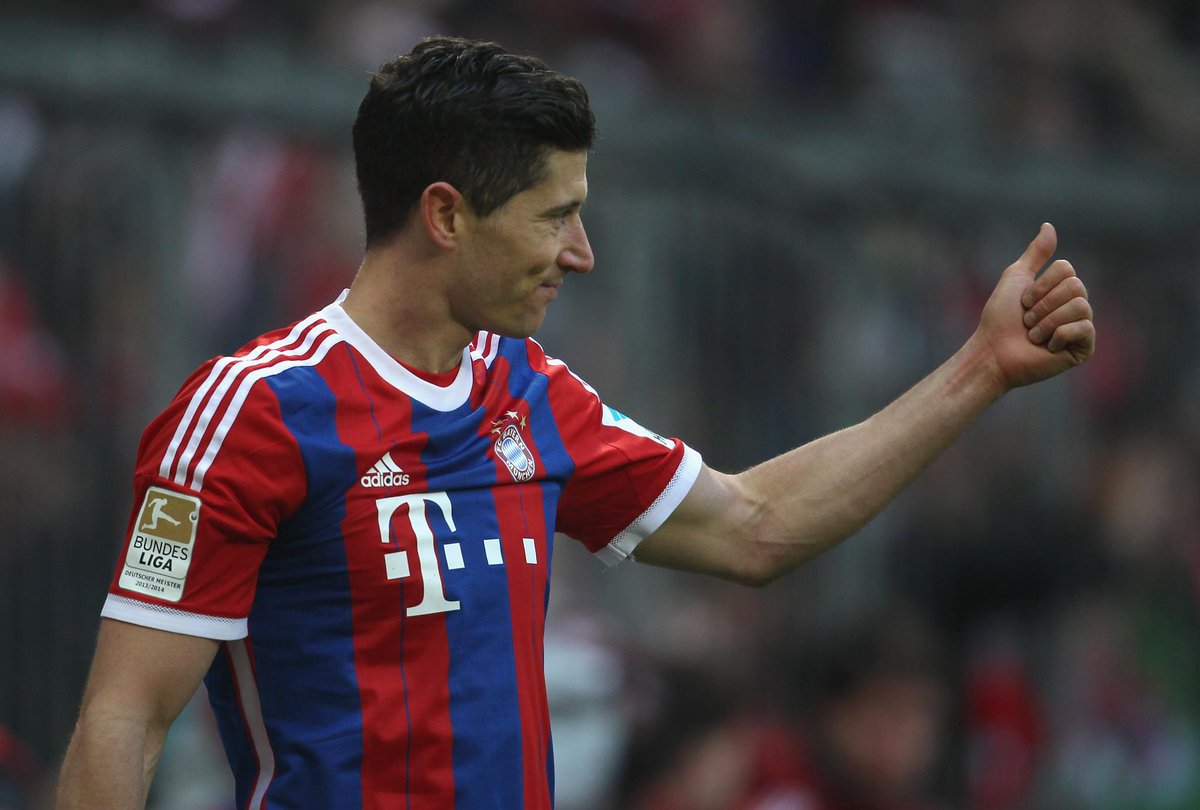 United have a transfer in place to make Falcao’s loan move from Monaco permanent at the end of the season but it looks increasingly unlikely they’ll take up that option as the Colombian has struggled for form and fitness this season.

Unless the 29-year-old proves his worth during the closing stages of the season it looks like Louis van Gaal will be on the look-out for another striker this summer to offer support to Wayne Rooney and Robin van Persie next season.

I’m sure a number of names will be linked with a move to Old Trafford over the coming weeks but the Express claim that Lewandowski is already firmly on van Gaal’s radar as the Dutch boss eyes another summer of excessive spending.

The Polish hitman became one of the most revered strikers in the world during his time at Borussia Dortmund where he scored 103 goals in 185 appearances to help them win two Bundesliga titles and make it to the Champions League final in 2013.

However, having made a controversial free transfer move to Bayern last summer, the 26-year-old has failed to live up to his reputation with the target man only managing to score 13 goals in 30 games so far for the run-away Bundesliga leaders.

He still remains a regular under Pep Guardiola starting eleven but the Express suggests that the German giants could cash-in this summer if a bid of €40m (£30m) comes in.

United would easily be able to afford that sort of money and Lewandowski would be a sensational signing if they were able to pull it off, but if Bayern are willing to sell, I’m sure United wouldn’t be the only interested party.

However, while he may not have hit top form yet at the Allianz, I personally don’t think Bayern will give up on his after just one season – despite what the newspapers are claiming – and even if they did sell, I’m sure they could demand more than €40m in today’s over-inflated market.

We’ll have to see how things develop over the coming months but I’d be hugely surprised if Bayern allowed Lewandowski to leave this summer, so I think we’ll see van Gaal turning his attention to other targets.