Arsenal take on Everton at the Emirates Stadium on Sunday afternoon. Here’s a preview with team news, line-ups, predicted score and betting tips for the game

Arsenal will be looking to get back to winnings ways when they take on Everton at the Emirates on Sunday afternoon.

We head into the game off the back of Wednesday’s hugely disappointing 3-1 home defeat to Monaco in the first leg of our last-16 Champions League tie.

We had the chances to win the game but ultimately poor finishing and terrible defending cost us and now we have a mountain to climb if we’re to make it through to the quarter finals for the first time in five years.

However, it’s domestic matters that are important tomorrow and Arsene Wenger will be demanding a response from his players as we look to reclaim third spot in the Premier League table after Man Utd leapfrogged us following their win over Sunderland on Saturday afternoon.

Everton were also in European action this week as they cruised through to the last 16 of the Europa League with a 7-2 aggregate victory over Young Boys, but Roberto Matinez’s men have been anything but convincing in the league.

The Toffees currently sit 14th in the Premier League table after an inconsistent start but the Merseysiders usually up their game against the big boys so we’ll no doubt have to be at our best to get the three points tomorrow.

Jack Wilshere is once again unavailable after undergoing a minor operation to remove two buttons from his ankle. The 23-year-old isn’t expected to be out for too long but he’ll certainly miss out this weekend.

Aaron Ramsey and Mathieu Flamini are both back in full training following hamstring injuries but are not expected to be available for selection just yet.

Mathieu Debuchy, Mikel Arterta and Abou Diaby all remain on the sidelines through injury.

Arsene Wenger has confirmed he’ll make changes to his team and he could decide to hand Gabriel his second start after Per Mertesacker’s disappointing performance in midweek.

Everton expect Romelu Lukaka to be fit to start despite picking up a minor knock in midweek. John Stones and Aaron Lennon are back in contention but Steven Pienaar, Aiden McGeady, Christian Atsu, Bryan Oviedo and Tony Hibbert are all unavailable through injury. 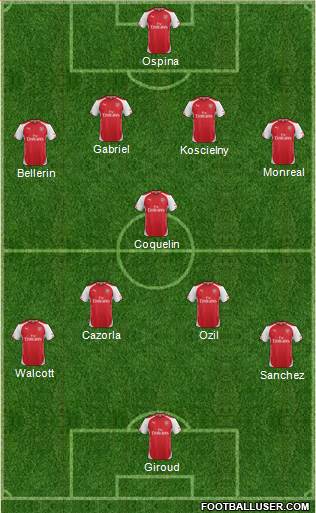 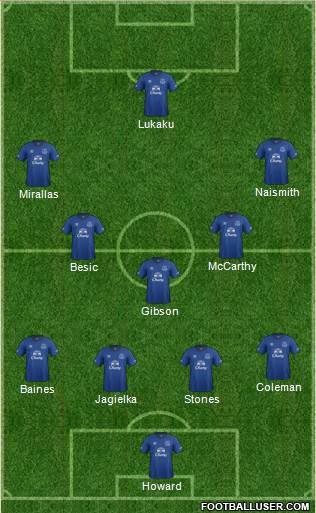 Arsenal 2-1 Everton: We usually struggle to find our rhythm after a humbling defeat and I don’t expect us to be at our best tomorrow. Everton are a tricky side on their day but I think we should just have enough to secure the three points at home.

Arsenal are the favourites to win with the bookies at odds of 4/7 but if you’d prefer to bet on the exact score line, our 2-1 prediction if on offer at 7/1, and I also fancy Theo Walcott to open the scoring at 15/2. If we combine that with a 2-1 away win then we get very tempting odds of 33/1. Surely that’s got to be worth a couple of quid!?