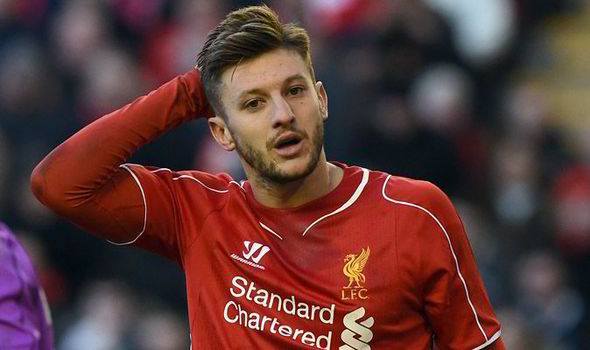 Attacker Adam Lallana is set to miss Liverpool’s trip to Arsenal after being ruled out for at least two weeks with a groin injury sustained during Sunday’s 2-1 defeat to Manchester United, according to reports.

The 26-year-old started at Anfield yesterday but was forced off at half-time after suffering a groin problem during the opening 45 minutes, with his replacement Steven Gerrard getting sent off after just 40 seconds for a stamp on United’s Ander Herrera.

Lallana is expected to undergo a full assessment this morning but the Mirror claim he’s set to be ruled out for at least two weeks – although it could be even longer if the damage is more serious than first thought.

The former Southampton midfielder is expected to withdraw from the England squad to face Lithuania in their Euro 2016 qualifier on Friday and next weeks friendly against Italy.

However, a minimum two week absence would also rule Lallana out of Liverpool’s crucial trip to North London to face Arsenal on April 4 after the international break.

The Merseysiders are now five points off fourth-placed Man Utd and six behind the Gunners following yesterday’s loss and another defeat at the Emirates could spell the end of their Champions League qualification hopes.

With Steven Gerrard already suspended after his sending off, it will come as a major blow to Brendan Rodgers to lose another key player ahead of such a vital match in their season.

And it could get even worse for Liverpool as the club are anxiously waiting to hear if the FA will take any retrospective action against Martin Skrtel after the defender appeared to stamp on Man Utd goalkeeper David De Gea during the closing stages at Anfield yesterday.