Liverpool take on Newcastle United at Anfield this evening looking to close on the top 4. Here’s a preview with team news, line-ups and predicted score.

Liverpool will look to give their Champions League hopes a major boost when they take on Newcastle United at Anfield this evening.

The Reds head in to the game sitting sixth in the Premier League table but a win would not only see them reclaim fifth, but would also cut the gap on fourth-place Manchester City to just four points with six games remaining.

Brendan Rodgers side recovered from last weekend’s disappointing 4-1 defeat to Arsenal at the Emirates by booking their place in the semi finals of the FA Cup with a narrow 1-0 win over Blackburn last Wednesday.

Newcastle arrive at Anfield off the back of a hugely disappointing defeat to rivals Sunderland last weekend, which was their fourth loss in a row, so John Carver will be desperate to stop their season slipping away prematurely with a positive result tonight.

Liverpool will have to make-do without defender Mamadou Sakho after he was ruled out for up to four weeks with a hamstring injury.

Martin Skrtel remains suspended but Emre Can returns from his one-match ban and should come straight back into the team in place of Sakho.

Rodgers reverted to a flat back four last time out and is expected to stick with that system tonight, so Glen Johnson should keep his place at right-back.

Steven Gerrard serves the final of his three-game ban but Daniel Sturridge should be passed fit to start after complaining of muscle tightness and Jordon Ibe will return to the squad after recovering from a knee injury.

Newcastle expect Daryl Janmaat to be passed fit after the defender appeared to pick up a calf injury during the warm-up before last weeks Sunderland game.

Fabricio Coloccini will serve the final of his three-match ban but striker Papiss Cisse is still in the middle of serving his seven match suspension.

Midfielders Rolando Aarons and Siem de Jong are back in training but neither will be in contention to play just yet. 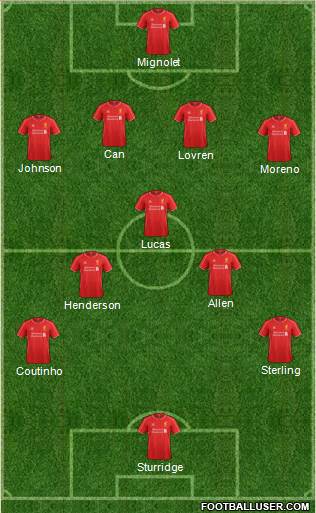 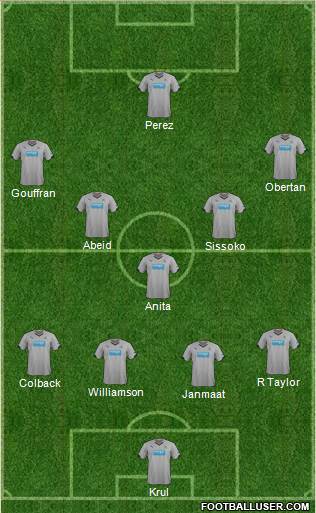 Liverpool 2-0 Newcastle: The Reds have lost their way in recent weeks but Newcastle arrive at Anfield in woeful form themselves and I think Liverpool will ease to a 2-0 victory tonight to keep alive their top four hopes.

BACK LIVERPOOL TO WIN TONIGHT AT CRAZY ODDS OF 3/1