Liverpool have been handed a major injury blow with Mamadou Sakho facing up to a month on the sidelines with a hamstring injury, according to reports 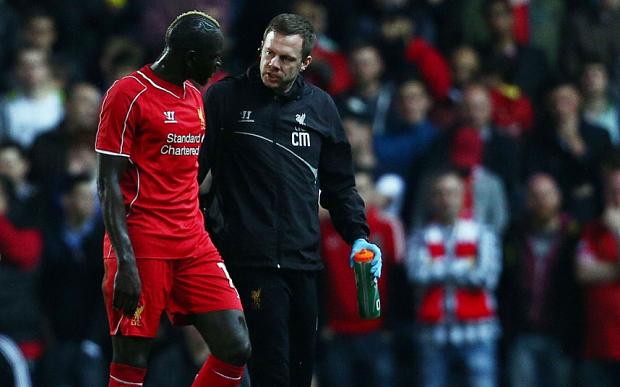 Liverpool have been handed a major injury blow with Mamadou Sakho facing up to a month on the sidelines with a hamstring injury, according to the Liverpool Echo.

Sakho was forced off midway through the firth half of Liverpool’s narrow 1-0 FA Cup win over Blackburn Rovers last Wednesday after pulling up holding his right hamstring.

The French international was immediately ruled out of tonight’s Premier League clash with Newcastle United at Anfield and was sent for scans to determine the full extent of the injury.

The results of those scans are now in and unfortunately it’s not good news for the Merseysiders as the Liverpool Echo claim that Sakho has been ruled out for three to four weeks.

It means that as well as missing the Newcastle game, the 25-year-old centre-back will also miss this weekend’s FA Cup semi final with Aston Villa and subsequent league games against West Brom, Hull and Queens Park Rangers.

Sakho will then be in a race against time to be fit for the huge clash with Chelsea at Stamford Bridge on May 10th but he should certainly be back in time for Liverpool’s final two games of the season against Crystal Palace and Stoke, as well as any potential FA Cup final.

The news will be a major blow to Brendan Rodgers as Sakho has been in excellent form of late. Martin Skrtel will also be unavailable against Newcastle tonight as he serves the final of his three-game suspension so Rodgers will be without two of his first choice back-three.

Thankfully Emre Can is back in contention after serving his one-match ban so the Reds boss may decide to revert back to a three-man defence having played 4-3-3 against Blackburn last week.

Liverpool head into tonight’s game looking for a win to close the gap on fourth-placed Manchester City to just four points following their defeat to Manchester United on Sunday afternoon.