Chelsea will look to go a huge step closer to reclaiming the Premier League title when they take on Manchester United at Stamford Bridge on Saturday evening.

The Blues head into the game with a seven-point cushion over second-placed Arsenal and also with a game in hand so they could almost secure the title with victory tomorrow night.

Jose Mourinho’s men have continued their excellent form of late in terms of results, but the West Londoners performances have been anything but convincing at times, with the league leaders beating Stoke, Hull and QPR by the odd fortunate goal in their last three games.

United gave their chances of returning to the Champions League next season a major boost with a 4-2 victory over bitter rivals Manchester City last weekend which saw them climb up to third and move eight points clear of fifth-placed Liverpool.

The win at Old Trafford was their sixth in succession, so Louis van Gaal’s men couldn’t be going into the game in better form, but they have a poor record at the Bridge in recent years, only winning once in their last 12 league visits so they’ll have to improve upon that run if they want to take anything away tomorrow night.

Mourinho has given Loic Remy a better than 50-50 chance of returning to the squad after recovering from a calf injury that saw him miss the win at QPR last weekend.

With Diego Costa still nursing a hamstring problem, Remy could start up front if he passes a late fitness test.

Otherwise, Chelsea have no other injury problems to deal with.

United on the other hand have been rocked by the news that Marcos Rojo, Phil Jones, Daley Blind and Michael Carrick will all miss the game through injuries they picked up against City last week.

With Jonny Evans still serving his six-game suspension, Paddy McNair is expected to come in to defence alongside Chris Smalling.

Luke Shaw is back in contention after recovering from a long-standing hamstring problem while van Gaal has hinted Wayne Rooney may be forced to drop back in to a midfield role.

Robin van Persie has trained all week following an ankle injury and United may need to rush him back to fill in up front if Rooney is deployed in midfield. 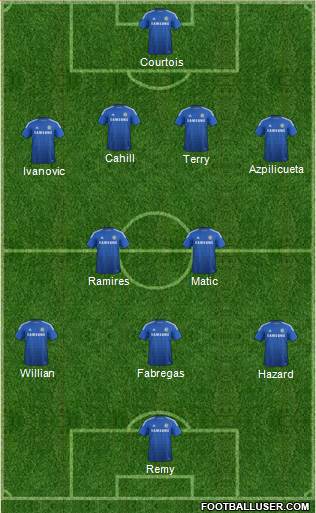 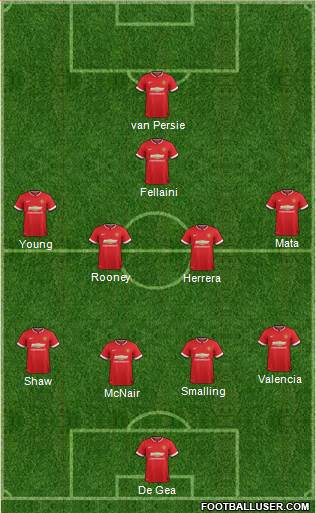 Chelsea 2-1 Man Utd: United have been the more impressive side in recent weeks but the loss of Blind, Jones, Rojo and Carrick will be a major blow, so I can see Chelsea edging this one to go a step closer to winning the title.

Chelsea are the even money favourites to win the game but if you want a little more value, Football-Talk can get you enhanced odds of 5/1 on Chelsea or an incredible 12/1 on United to win, plus you get money back if you lose and £100 in free bonus bets.

I also like the look of Eden Hazard to open the scoring at odds of 9/2, and if we combine that with a 2-1 Chelsea win in a scorecast then we get very tempting odds of 22/1. Surely that’s got to be worth a couple of quid!?