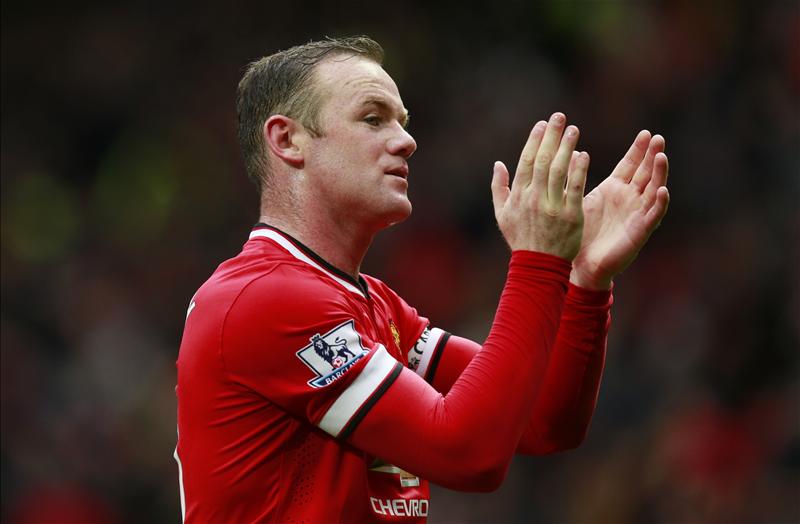 Manchester United have been deal a huge blow as initial scans indicate that Wayne Rooney’s knee injury will rule him out for the rest of the season, according to the Mirror.

Rooney was forced off during the closing stages of United’s disappointing 3-0 defeat to Everton at Goodison Park on Sunday afternoon after picking up a knee injury.

The striker suffered the problem after colliding with team-mate Daley Blind and limped off as he was replaced by Robin van Persie in the 88th minute.

Louis van Gaal was hopeful the injury wasn’t serious and allowed Rooney to travel down to London straight after the game to attend the PFA Player of the Year awards.

However, it appears the injury is far more serious than first thought as the Mirror claim that scans which were carried out on Monday indicate that the striker has tweaked knee ligaments.

Rooney is expected to undergo further tests but if confirmed, the injury would require at least a month on the sidelines which would effectively end the 29-year-old’s season.

United told the newspaper on Tuesday that they wouldn’t comment until the full extent of the injury is confirmed, but it appears that van Gaal could be without his skipper for the final four games of the season.

The news will be a huge blow to United as Rooney is set to miss games with West Brom and Crystal Palace as well as a crucial clash with Arsenal at Old Trafford before the visit to Hull on the final day of the season.

United remain seven points clear of fifth-placed Liverpool following their defeat to Hull last night so are on course to finish in the top four, but van Gaal will be hoping to secure a place in the top three to ensure they don’t have to navigate a tricky Champions League play off.

The loss of Rooney would be a major blow but the good news is that van Persie was back among the goals last night as he struck twice for the under-21’s and the Dutchman is set for a recall to the starting eleven with Rooney on the sidelines.