Arsenal take on Swansea City at the Emirates Stadium this evening. Here’s a preview with team news, likely line-ups, predicted score for the game.

Arsenal will be looking to give their hopes of finishing second in the Premier League a major boost when we take on Swansea City at the Emirates tonight.

Manchester City moved three points clear after thrashing Queens Park Rangers 6-0 yesterday but we have the chance to move back level on points with a game in hand.

That would put us in an excellent position to finish runners-up to Champions Chelsea and secure our highest league finish since 2004/05, so the boys will hopefully be fully motivated this evening.

We head into the game in superb form having won seven of our last eight games but the Swans have proven to be something of a bogey team for us in recent years.

Gary Monk’s men came from a goal down to win 2-1 at the Liberty earlier this season and we’ve only managed to take one point off them from our last two league home games, so we should know this isn’t going to be an easy ride.

Aaron Ramsey is a major doubt after suffering a leg injury during last Monday’s 3-1 win over Hull and I don’t think we’ll take any chances with him.

Arsene Wenger has already hinted he’ll make some changes so the likes of Kieran Gibbs, Theo Walcott and Jack Wilshere are all pushing for starts.

Danny Welbeck has been ruled out with a knee injury but should return to face former club Manchester United next weekend.

Mikel Arteta and Alex Oxlade-Chamberlain are back in training but won’t be in contention as they lack match fitness while Mathieu Debuchy remains out with a hamstring injury.

Swansea are set to rush back striker Bafetimbi Gomis as Nelson Oliviera has been ruled out for the rest of the season with an ankle injury. 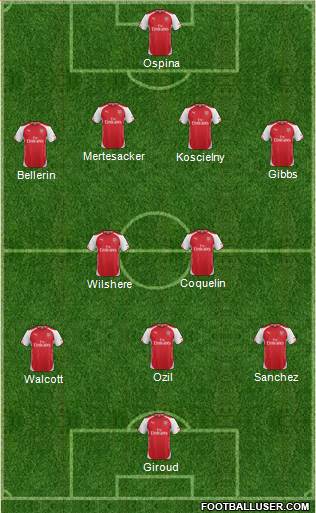 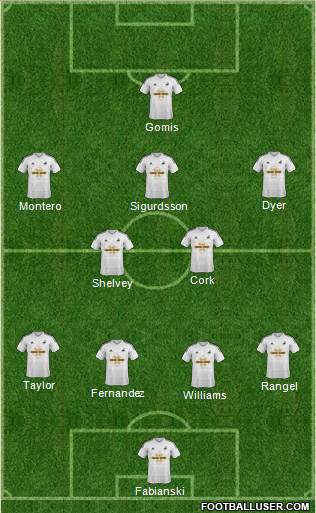 Arsenal 2-0 Swansea: The Gunners are on a fine run of form and we’ve lost just one of our last 34 games at the Emirates so will come into this game full of confidence. No doubt Swansea will be a tough test but I can’t see past anything other than a home win tonight.