It was a frustrating night at the Emirates as a resolute Sunderland side held Arsenal to a 0-0 draw. Here are Gooner Mac’s player ratings for the Gunners. 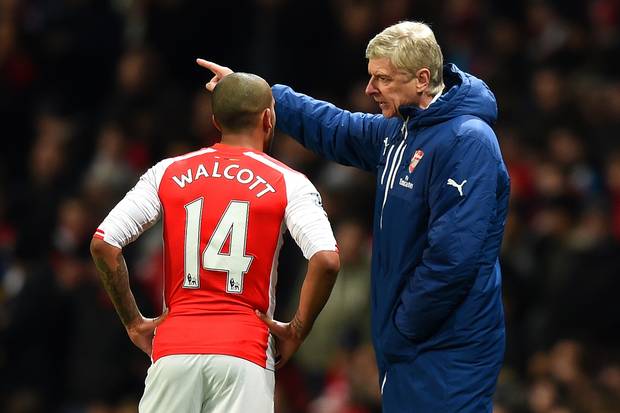 It was a frustrating night at the Emirates as a resolute Sunderland side held Arsenal to a 0-0 draw to secure their Premier League status for another season.

Ospina  7.5/10 | The Colombian made at least two superb stops to deny the visitors. Kept his concentration well.

Bellerin  7/10 | Offered plenty of width down the right and was our main outlet for much of the game. Unfortunate with a few decent crosses.

Mertesacker  7/10 | Showed off some silky touches at the back and was relatively comfortable throughout.

Koscielny   7/10 | Did well against the threat of Fletcher and Defoe on the break. His pace was important on several occasions.

Gibbs  6.5/10 | Handed a rare start and was a little off the pace at times. Got in some good positions in the final third but final ball let him down.

Ramsey  6/10 | Played a pin-point ball for Walcott but was otherwise frustrated.

Cazorla  5.5/10 | Played in a deeper role and was well below his best as a result. Didn’t take enough risks and kept playing the ‘safe’ ball.

Wilshere  7/10 | Very impressive in the first half when he played a couple of trademark through-balls but predictably tired after the break.

Özil  5/10 | A very disappointing display. Didn’t get on the ball enough and when he was involved he couldn’t provide any magic.

Alexis  7/10 | Another tireless display but his energy and hard work couldn’t unlock the door. Missed a great chance when his shot was blocked.

Giroud  6/10 | Did his best to offer a target up front but was more often than not crowded out by the Sunderland defence. He did find space to get a couple off shots off but was denied by Pantillimon.

Walcott 8/10 | Made a huge impact off the bench. Forced Pantillimon into two excellent saves and was a real danger.

Rosicky 6/10 | Missed a decent chance when he sliced wide.

The result is a frustrating one as we’ve now gone three games without scoring at the Emirates, which is not the kind of form we want to be in going into the FA Cup final so lets hope we find our touch against WBA on Sunday.