As the opening of the summer transfer window approaches, managers are working hard identifying targets and lining-up potential deals so we’ll bring you all the news and gossip. Today, Tottenham complete the signing of Kevin Wimmer…. 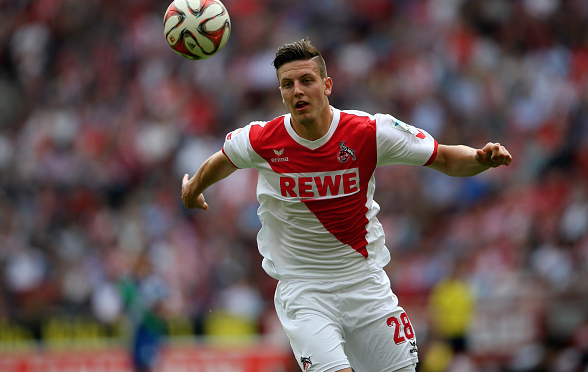 The 22-year-old has been strongly linked with a move to White Hart Lane over the past few months with Mauricio Pochettino understood to have sent his scouts to watch the centre-back in action on several occasions this season.

Reports earlier this week suggested that a deal was on the verge of being completed after Wimmer flew-in to London to undergo a medical and put the finishing touches on the move.

It appears those formalities have now been completed as Spurs have announced this morning that the Austrian international has joined the club after penning a five-year contract.

A statement on TottenhamHotspur.com read:

We are delighted to announce that we have completed the signing of Kevin Wimmer from 1. FC Köln.

The central defender has signed a five-year contract.

Wimmer moved to FC Koln from Austrian outfit LASK Linz in 2012 and quickly established himself as a first team regular, with his solid displays at the back helping the club secure promotion to the Bundesliga in 2014.

The youngster has continued to impress in the German top flight this season and he’s done enough to earn himself a big-money move to the Premier League this summer.

Tottenham haven’t disclosed how much they’ve paid, but the Telegraph claim the fee is in the region of €6m (£4.3m) which represents good value for a player of his quality and who has plenty of time to develop further in North London.

Wimmer will now battle-it-out with the likes of Jan Vertonghen and Federico Fazio for a starting spot in Pochettino’s team next season but his arrival casts further doubt over the futures of Younes Kaboul and Vlad Chiriches – both of whom are expected to leave this summer.