As the opening of the summer transfer window approaches, managers are working hard identifying targets and lining-up potential deals so we’ll bring you all the news and gossip. Today, Chelsea and Man Utd are linked with Diego Godin… 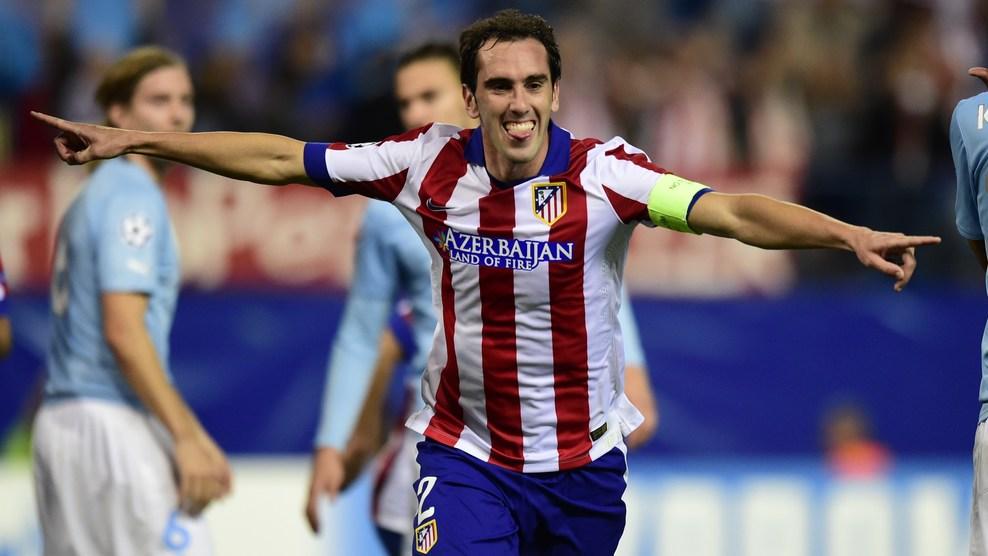 Chelsea and Manchester United are eyeing moves for Atletico Madrid’s €40m-rated centre-back Diego Godin this summer but could face competition from Bayern Munich, according to reports.

Godin has developed into one of the best central defenders in world football since joining Atletico from Villarreal in 2010 and he’s forged a rock-solid partnership alongside Miranda – which was the foundation of their title winning 2013/14 La Liga campaign.

The 29-year-old has attracted interest from some of Europe’s top clubs and the Express claim that both Chelsea and Manchester United are keen on luring him to the Premier League this summer.

Louis van Gaal is expected to be busy in the transfer market this summer as he looks to try and build a squad capable of challenging for top honours with a centre-back believed to be a priority for the Dutchman, and Godin would certainly be an upgrade on the likes of Jonny Evans and Phil Jones.

Jose Mourinho has also confirmed he’s in the market for a new defender and although Gary Cahill has formed an excellent partnership alongside John Terry in recent years, the 34-year-old skipper isn’t going to be around forever so Godin could be viewed as the long-term successor.

However, it seems the English duo will face some stiff competition for his signature as former Uruguay international Paolo Montero claims that Bayern Munich are also interested in Godin’s signature, but they may have trouble persuading him to move as defender insists he’s content at Atletico.

Montero is quoted as saying by the Express:

“Diego [Godin] is currently the best centre-back in the world right now, perhaps joined by Giminez and Thiago Silva.

“We’re talking about a player who’s played at the highest level for some time now.

“It’s his professionalism, ability to read the game, get forward and score goals that makes him the most complete.

“He would have no problem playing for Barcelona while I understand Bayern Munich are interested, but he has stated he is happy to remain in Madrid.”

Godin would be an excellent signing for Chelsea or United if they could somehow pull it off but I have a feeling Atletico would do all they could to hang on to him if they formalised their interest this summer.

The Uruguayan international reportedly has a buy-out clause worth around €40m (£28.5m) and I’m sure the Spanish club would demand the full amount to sell, but it remains to be seen whether van Gaal or Mourinho would be willing to spend that kind of money on a centre-back who’s approaching 30.