All athletes have to eat a diet that fits in with the particular sporting field but how do footballers compare against other leading sports? Find out here

All athletes have to eat a diet that fits in with the particular sporting field in which they compete, but how do footballers compare against athletes in other leading sports?

The guys over at have been looking into this exact question and come up with a nifty tool which compares the average daily calorie intake of sport stars from various leading sports.

Our interest obviously lies with football, and we compared how many calories the average footballer eats to those who compete in other sports such as rugby, Formula 1, basketball, swimming, american football, baseball, moto GP and even UFC.

According to the data, the average footballer consumes 3,800 calories per day which is the equivalent of 7 big macs, 3 whole chickens or 31 protein shakes, and is used to run, on average, between 5 to 6.5 miles on a typical game day but a hard working midfielder can run up to 9.5 miles per game.

This is more than the average man needs [3,000 calories] but if we compare that to rugby, the average player consumes 4,500 calories each day as not only do they need to feed their larger muscles, but they also run on average between 6 and 9 miles per match.

Basketball players need even more calories, with the average player taking in 6,500 calories on game day as a player can burn nearly 900 calories playing just 60 minutes during a high intensity basketball match. 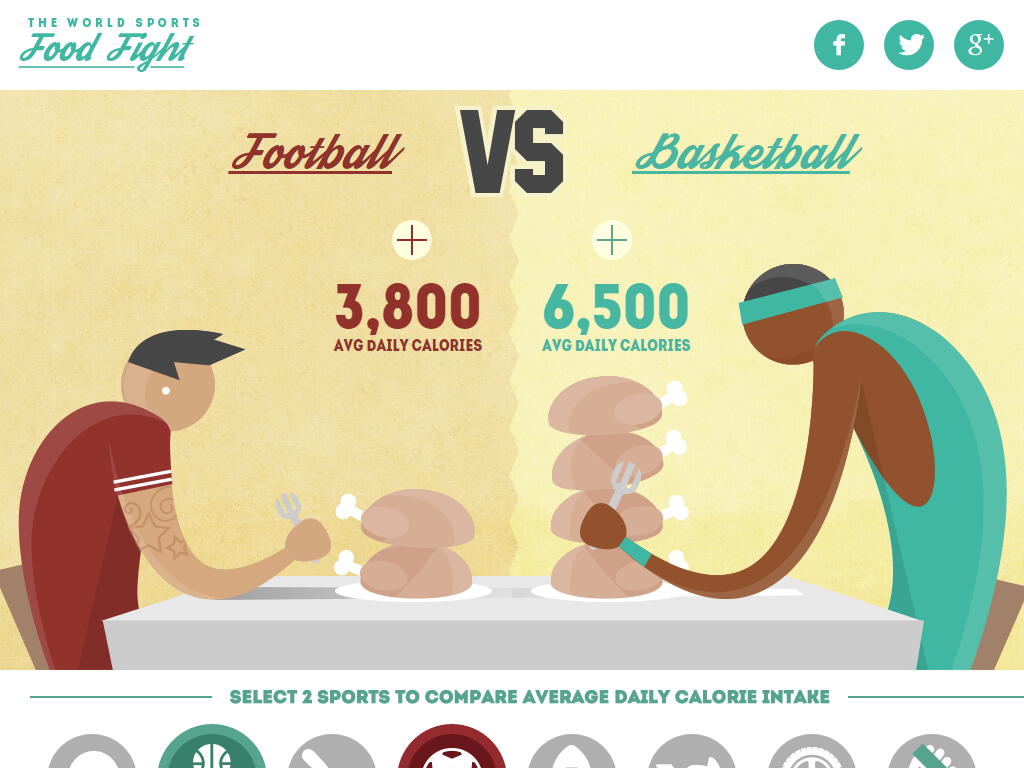 But Footballers, rugby players and even basketball players pale in comparison to swimmers, with Olympic champions like Ryan Lochte eating up to 10,000 calories per day to ensure he has enough energy to compete at the very highest level during competitions. That’s the equivalent of 19 big macs, 8 whole chickens or 83 protein shakes!

However, there are some sportsmen who need less than the average man to compete, with moto GP drivers only consuming around 2,500 calories on race days as they tend to be much smaller and only require enough calories to get them through the race.

The data is fascinating and site goes further to give you examples of the types of diet an athlete from each sport would, or perhaps should, follow. Check it out for yourself over at worldofsportsfoodfight.com.