Man Utd take on Man City at Old Trafford on Sunday afternoon. Here’s a preview with team news, likely line-ups and predicted score for the game.

Manchester United will be looking to leapfrog Manchester City when they entertain their local rivals at Old Trafford on Sunday afternoon.

United sit fourth in the table following Saturday’s results but they could move level on points with leaders Arsenal with a win tomorrow.

Louis van Gaal’s men warmed up for the game with a 1-1 draw at CSKA Moscow on Wednesday night so the Dutchman will be hoping his players don’t suffer any Champions League hangover.

City on the other hand have dropped to second after Arsenal beat Everton this evening but a win would see the Citizens regain top spot and restore their one point lead at the summit.

United won the last Manchester derby 4-2 at Old Trafford back in April – ending a run of four consecutive derby defeats – but we’ll have to wait and see who takes home the spoils tomorrow.

Ashley Young is back in training after a thigh injury but this game will come too soon for the versatile midfielder.

Paddy McNair is still out with a liver problem so he remains on the sidelines with Luke Shaw, who is unlikely to play again this season after a double leg break.

As for City, they have mounting injury concerns with Sergio Aguero out with a hamstring injury while David Silva is also missing due to an ankle problem.

The duo join Fabian Delph, Gael Clichy and Sami Nasri on the sidelines. 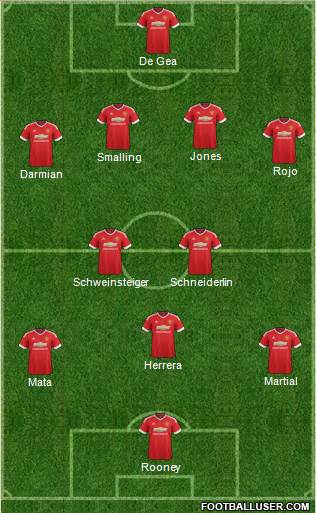 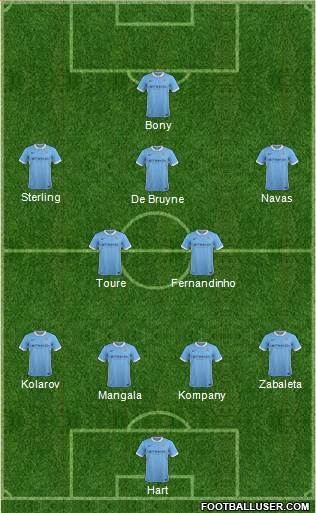 Man Utd 2-1 Man City: United have been plagued by inconsistent form this season but City have injury problems to contend with and with the home crowd behind them, I can see United edging this.