Liverpool have made a surprise loan move for Queens Park Rangers centre-back Steven Caulker as Jurgen Klopp looks to ease his defensive woes.

With the winter transfer window now open for business, manager’s are working hard trying to strengthen their squads ahead of the second half of the season. Today, Liverpool close in on Steven Caulker…. 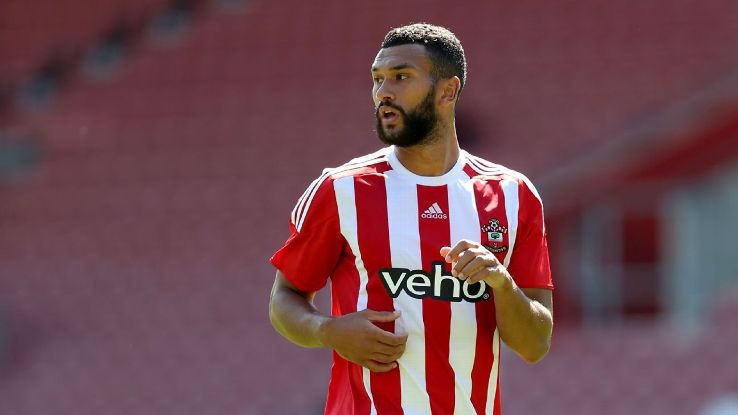 Liverpool have made a surprise loan move for Queens Park Rangers centre-back Steven Caulker and hope to have him available to face Arsenal on Wednesday, according to the LiverpoolEcho.

The Reds boss has seen his central defensive options decimated by injury in recent weeks with Martin Skrtel, Dejan Lovren, Mamadou Sakho and Kolo Toure all spending time on the sidelines.

It forced Liverpool to recall Thiago Llori from his loan at Aston Villa and the Portuguese youngster lined-up alongside left-back Jose Enrique during Friday’s 2-2 FA Cup third round draw at Exeter City.

Toure and Sakho are due to return to the squad for Wednesday’s clash with Arsenal while Lovren is also understood to be stepping-up his return from a hamstring injury which he picked up last month.

However, it looks like Klopp is still looking to strengthen his options at the back as the Liverpool Echo are one of several media outlets who are reporting today that Liverpool have approached QPR over a possible loan deal for Caulker.

The newspaper suggests that Liverpool are hoping to get a deal agreed in time for Caulker to train with the squad this afternoon and he could even feature against Arsenal tomorrow night.

The 24-year-old has been on loan at Southampton this season but has made just eight appearances so far at St Mary’s and it appears the Reds are hoping to to do a deal that would see him move to Anfield until the end of the season.

Caulker came through the youth ranks at Tottenham but moved to Cardiff after failing to make the breakthrough at White Hart Lane and his impressive form with the Welsh club led to an England debut in 2012.

But his career has stalled somewhat in recent years with the centre-back enduring a tough year after QPR were relegated from the Premier League last season and he’s struggled to get game-time on-loan at Southampton this campaign.

A move to Liverpool could rejuvenate his career but I personally don’t see how he’ll get any more action at Anfield than he’s getting on the South Coast as Sakho and Lovren are on the verge of returns while Skrtel is also expected back before the end of the month.