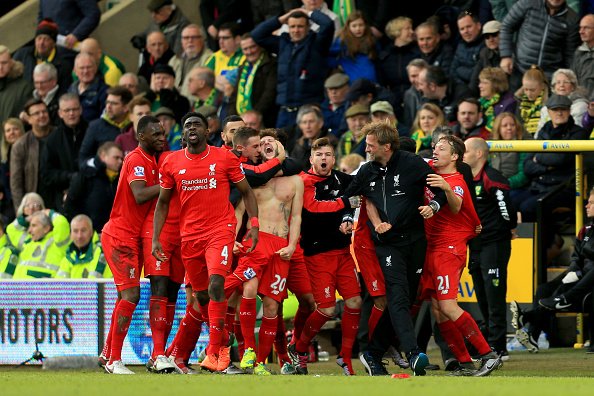 Jurgen Klopp celebrated with his players after Liverpool scored a last gasp winner to secure a sensational 5-4 victory over Norwich City at Carrow Road this afternoon in what will surely go down as one of the games of the decade.

After Roberto Firmino had put Liverpool ahead, Norwich raced in to a 3-1 lead through goals from Dieumerci Mbokani, Steven Naismith and a Wes Hoolahan penalty before the visitors got themselves back in the game thanks to a fine strike from Jordan Henderson.

Firmino made it 3-3 before James Milner restored Liverpool’s lead after capitalising on a poor back pass to make it 3-4 in the 75th minute. Norwich then looked to have snatched a point when Seb Bassong lashed home in the 92nd minute for 4-4.

However, in a thrilling finale, Liverpool somehow won it as Adam Lallana pounced on a poor headed clearance to fire home a dramatic winner five minutes in to stoppage time. [watch all the goals here]

The goal led to wide celebrations on the touchline as the Liverpool squad was joined by manager Jurgen Klopp in celebrating a huge three points for the Merseysiders – although the German coach did end up breaking his glasses in the melee.

Check out more photos of Klopp celebrating with the Liverpool players after the Lallana winner: 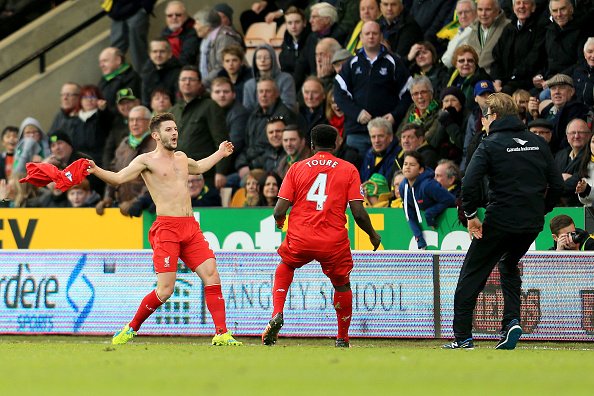 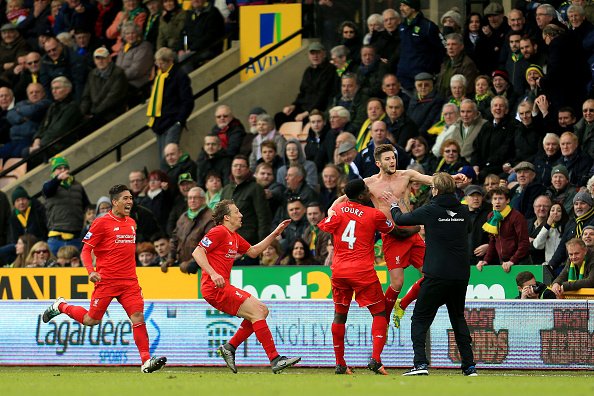 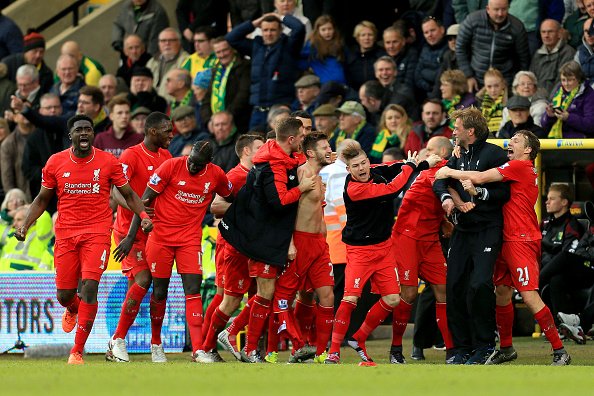 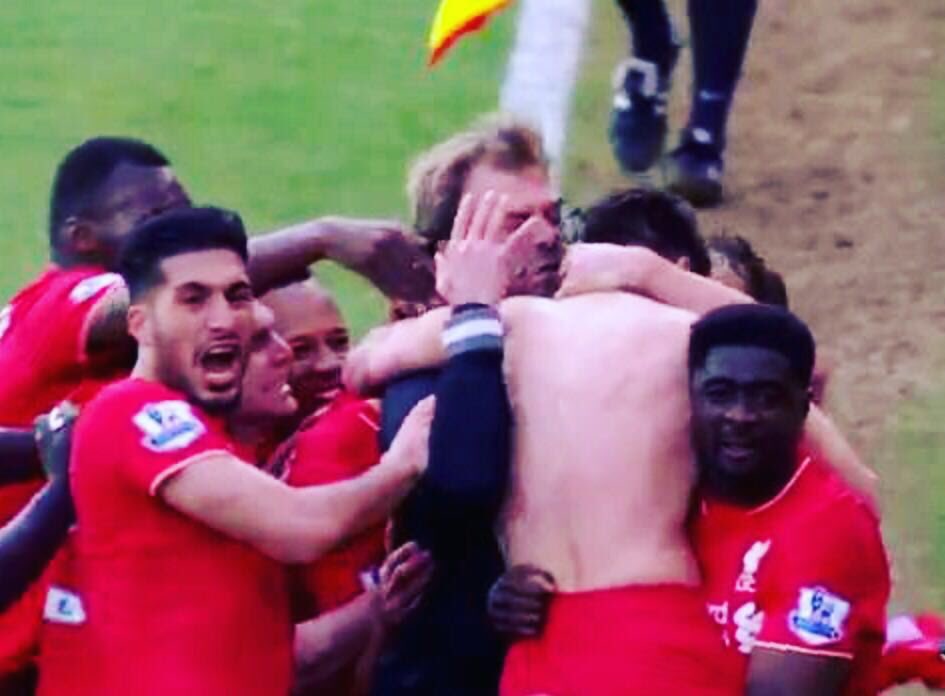